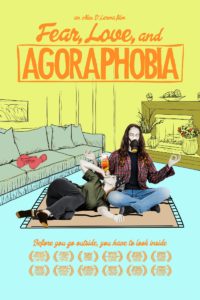 Chet, a man suffering from severe agoraphobia that stops him from venturing outside his house, and Maggie, a female marine, become enmeshed in each other’s lives. Maggie struggles to help and stand by her husband who is serving out a potentially lifelong prison sentence for murder. Chet’s life is thrown into chaos when his parents leave him to fend for himself despite his disability and arrested development. Together, Chet and Maggie attempt to sort out themselves and each other. 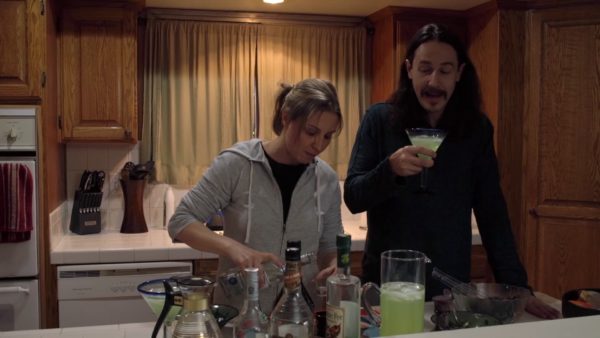 Fear, Love, and Agoraphobia is less quirky and precious than its title and premise might suggest. A high-level appraisal of the film calls up comparisons to the Sundance smash Me and Earl and the Dying Girl with its marriage of grief and whimsy. In general, writer/director Alex D’Lerma treats his characters as more than a collection of quirks. While the resulting movie is light on story, essentially the whole plot revolves around the interplay between these unlikely roommates, the two central characters are well drawn and played.

The leads, both relative newcomers, give matter-of-fact performances that help to ground the enterprise. Playing ex-marine Maggie, Burzynski gives a solid physical performance that stands as a believable rendering of a veteran with two deployments in Iraq under her belt. As Chet, Coffey sells the neurosis of his character without stumbling into annoying territory.

As far as the supporting performances go, Lori Petty pops up in a few isolated scenes as a sympathetic-but-fed-up bartender who allows Maggie to use her van both as a means of transport and a mobile home. Petty lends the same scratchy-voiced, bouncy energy that she brought to her roles in Tank Girl and Orange is the New Black, though her screen time is limited – towards the latter half she drops out of the plot and never resurfaces. 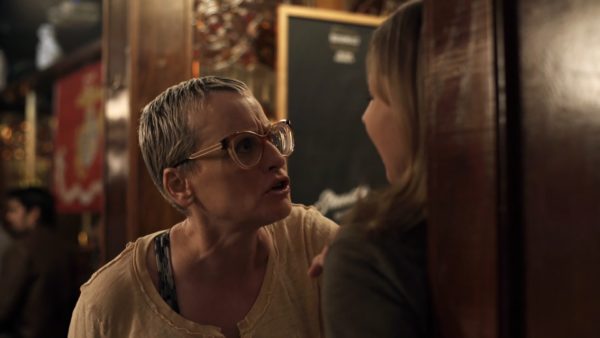 The film suffers the most from a visual perspective. The bulk of the scenes take place against drab, flat backdrops. We spend most of our time in sparsely decorated white walled rooms, Los Angeles suburbs, and beige prison visiting rooms. These environs provide a less than arresting pallet and the camerawork doesn’t do them many favors. The frequent head-on in, brightly lit medium shots that comprise sizable portions of the scenes amplify this sense of flatness.

As with many dramedies, nearly all the comedy happens early on, whereas the back-end of the runtime leans heavily into the dramatic elements. The film climaxes with a sex scene between Maggie and Chet that initially rings hollow and obligatory. However, through the use of some subjective editing it turns into an interesting expression of grief and closure. This scene showcases the editing, also by D’Lerma, at its best. At other times the editorial choices become hit and miss as D’Lerma deploys jump cuts in tandem with jarring stingers in order to portray the panic attacks that strike Chet when he goes outside. From a pacing perspective, D’Lerma and the actors carry the film to the finish line effectively as the emotional hits ramp up.

Maggie forces Chet to confront his fear via a kind of exposure therapy, driving him into an unfamiliar neighborhood and leaving him to find his own way home – an act that makes him understandably furious with her. But Maggie deals with the lion’s share of the external strife, getting into fights in the bar she frequents and witnessing her husband’s condition deteriorate in prison as he pinballs from depression to religious awakening to debilitating illness. 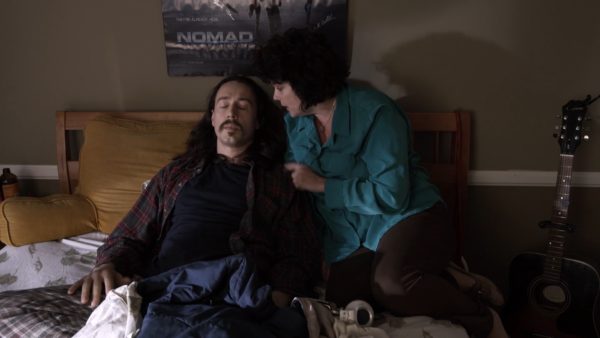 The ending of the film is just messy enough to avoid feeling like a betrayal of what preceded it. Above all, this movie exists as a slice-of-life rather than a calibrated, pay-off-oriented story. The point at which it chooses to cut off sees Chet and Maggie moving on but not fully healed and that’s not a bad thing. Overall, Fear, Love, and Agoraphobia shapes up to be slight but satisfying for those looking for an emotionally clued in indie.