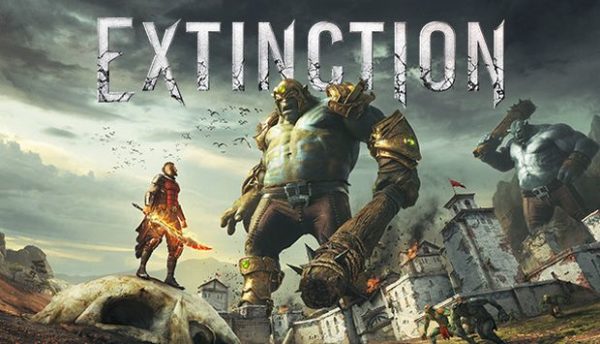 Extinction is an action/adventure hack & slash game which places players in a familiar “one man against the apocalypse” scenario.

The theme of extinction is one of a man who is the last of his ancient order, the one person who is able to stand against the hordes of evil and save the world from, believe it or not, Extinction.  The main enemies of the game are the Ravenii, and these are basically Orcs – there is no way of getting around this. The massive Ravenii teleport in to civilisation and destroy humanity, just because. Though if anyone has ever seen, read or heard of Attack on Titan, it is basically that premise.

I had a hard time with this game; at some points I wanted to give up on it and walk away, and at other times I really enjoyed it. It is difficult to hold onto my emotions when playing Extinction, as levels can massively spike in difficulty from one mission to the next. The game’s frustration stems from numerous points, most of which I hope to cover and give reason for, so I am not perceived as moaning for the sake of moaning. 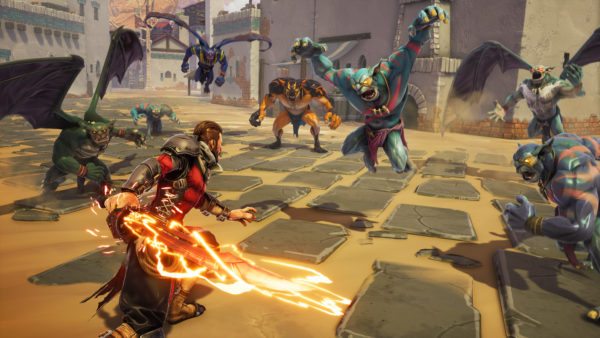 Before I do get straight into moaning, I want to complement one of the things the game sets out to do very well – the level traversal, where our protagonist Avil, the last sentinel, can scale buildings and cover vast distances very quickly. The movement within the game is extremely fluid and allows players to look at the towns and landscapes and potential battlefields and vantage points. The extremely quick movement coupled with high jumps and use of the whip (which acts like a grapple hook) allows players to go minutes without actually touching the ground.

For this upside there is a downside though, as not all walls can be traversed and climbed. There are times when players will need to get to a crystal to rescue civilians and you won’t be able to vault over a small climb because it’s not a “designated climbable area”. For a game that boasts about its level traversal it is let down by simple things, and areas that should be climbable are for some reason not.

Combat in the game is unlocked by just 2 buttons, the X button (I was playing on Xbox One, this will be the Square button on PlayStation) is your attack button. Combo attacks are carried out by pressing the button consecutively, or allowing brief pauses after certain attacks to carry out a greater damaging combo.

Avil uses a large sword weapon that charges with every civilian saved and every enemy Jackal killed, though cutting off Ravenii limbs and damaging armour also charges the weapon. This point in charging the weapon is to kill a Ravenii dead by lopping off its head, from the back of the neck … another similarity to Attack on Titan.

Combat is actually pretty good once you have learned how to combine movement, dodging and attacking into a fluid gameplay style. Though if you are not careful around Ravenii then you can get one hit killed which means Avil will spawn a short distance away from his last location. You do not fail missions from dying, but rather by allowing too many civilians to be killed or too much of a town to be destroyed. In this respect players have unlimited lives as long as the missions parameters have not been surpassed. 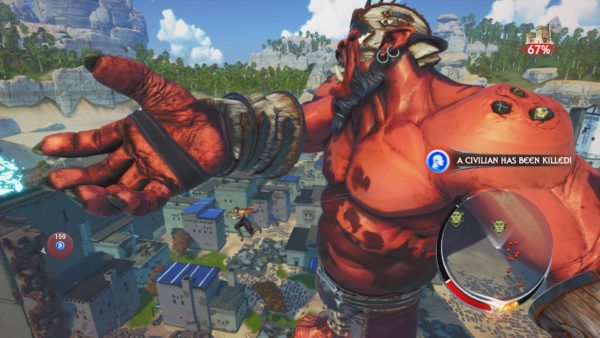 Avil can be upgraded as the game progresses to learn new abilities and new attacks. These are much more crucial than I first anticipated as I have accumulated a lot more points than I realised and was confused as to why I could not complete a level; the simple answer was I needed to invest some money back into myself.

The menu system for the upgrades could have been slightly different allowing a graphical interface to show upgrades instead of a list format. Abilities not yet purchased are greyed out, and have the word “Unpurchased” underneath, and then players can buy some abilities several times to further their strength or quicken their actions.

The progression of Extinction is delivered in a Chapter and Act system, so every chapter consists of 4 acts. These usually contain the first 3 levels teaching and practising enemy attacks and how to dispatch new enemies, then the 4th act is usually a massive test where you have to achieve some frustrating objectives while taking down numerous giants.

Now one of my gripes does stem in this area – when you die and have to restart a mission the loading times can be extremely long and that is frustrating and kills momentum. Then when you do load back up into the mission you have to suffer the dialogue and cut-scenes again which are not skippable.  There is an option to allow you to skip dialogue, and it will until a certain point and then you will be forced to watch a scene that cannot be avoided; this once again kills momentum. 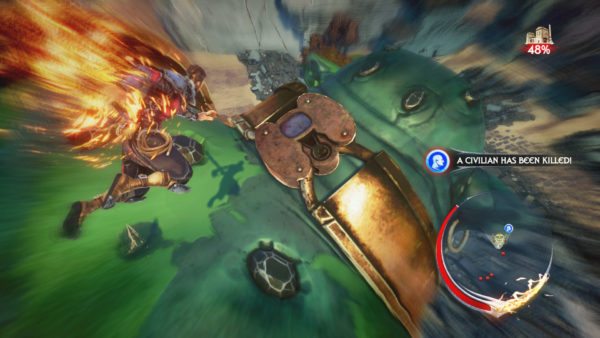 The story in the game is delivered though static images within missions that appear on screen with voice acting and text. The larger games story which depicts Avil’s back story is delivered in animated cut scenes with a distinct art style of a cartoonish nature.

Now there are a couple of issues I have with the story and cut scenes; that is the art style, the story telling and what the experience delivered versus the end price. The art style reminds me of a Saturday morning cartoon for the 90’s, something hand drawn and retro. This in itself is not a bad thing but coupled with the overall price of the game I would be expecting something a lot greater for the money you may potentially forking out. Also, the storytelling in the backstory cut scenes is from Avil’s companion Xandra, so you do not get a first person telling of the story which is extremely odd.

That brings me down to the price point; retailing on Xbox Marketplace at £55, this is an obscene amount of money for a game that shouldn’t be any more than £30. Extinction does not have the same calibre and quality as games like Horizon: Zero Dawn and The Witcher 3: Wild Hunt, so how can you justify the game costing the same as them? The quality of story is basic and as generic as they come in the opening chapters, and the animation may be someone’s pride and joy but it is certainly not a AAA effort, so how can it cost the same as the AAA counterparts? This I am dumbfounded by. 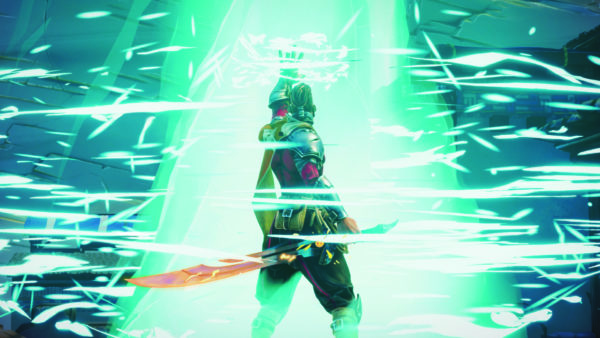 So overall Extinction is a bit of a mixed bag. I really do not like saying negative things about games, though sometimes it is needed. This game did bring a smile to my face when things went right and smoothly, but too many times I was waiting for minutes at a time looking at loading screens and listening to the same dialogue again and again that I could actually quote the game.

Extinction is not a bad game. I just feel for anyone paying out more than £50 for a title then they should get a greater gameplay experience and a more refined game overall.