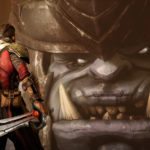 Calum Petrie reviews Extinction… Extinction is an action/adventure hack & slash game which places players in a familiar “one man against the apocalypse” scenario. The theme of extinction is one of a man who is the last of his ancient order, the one person who is able to stand against the hordes of evil and […] 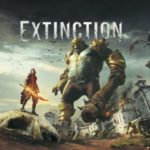 Maximum Games and Iron Galaxy have released the first gameplay trailer for their upcoming action adventure title Extinction which is due for release on the Xbox One, Playstation 4 and PC in early 2018.  This new trailer shows these gargantuan ogres as they attempt to wipe out humanity. Watch it below… In Extinction players become Avil, the last remaining […]

Just a few days ago console fans of 7 Days to Die were treated to the news that Summer Update number 2 was on it’s way, from that point on we were all riding the hype train and getting totally excited for the new POIs and traders that were coming our way.  Now, the hype train […]

Console fans of zombie survival game 7 Days to Die can start boarding the hype train as The Fun Pimps announce patch 11 has been submitted to Microsoft and Sony.  Despite all the new content released in the Summer Update 1 we’ve all been eager to see what delights were to be brought to us […]

It’s the moment that all 7 Days to Die console survivors have been waiting for, the day that Patch 10 goes live and we finally get to experience lots of lovely new content courtesy of the nice people at The Fun Pimps, Telltale Games and Iron Galaxy.  Patch 10 will be known as Version 1.0.14.0 on […]

The news that every 7 Days to Die console survivor has been waiting for has finally been announced on the 7 Days to Die forum……. Patch 10 is on its way and should be with us by the end of the month.  Whooo!  With the last patch having appeared back in mid April console survivors have been […]

Iron Galaxy and Maximum Games have announced their brand new action title Extinction.  This fast paced action game will be available in early 2018 for the Xbox One, Playstation 4 and PC.  An impressive looking cinematic trailer has been released to celebrate the announcement and can be watched below… In Extinction puts players in the role of Avil, […]

Bugs in games are not nice to experience and looking through the forums the console version of 7 Days to Die has more than its fair share of bugs.  That said, the developers do keep releasing updates to correct these bugs so 10 points to them.  However, the recent patch 9 (Version 1.0.12.0 on Xbox […]

The Fun Pimps and Telltale Games have submitted Patch 9 for their zombie survival game 7 Days to Die Console Edition through to Microsoft and Sony.  This latest patch will be Version 1.0.12.0 on the Xbox One and Version 1.12 on the Playstation 4. Once again this patch is one huge bug fixes update.  I know there are lots […]

The Fun Pimps have announced on their forum that Patch 7 for 7 Days to Die Console Edition has been put through for submission with Microsoft and Sony.  Don’t be expecting anything from Alpha 16 in this patch though or you will be very disappointed, this patch is 99% bug fixes.   This latest patch will be […]