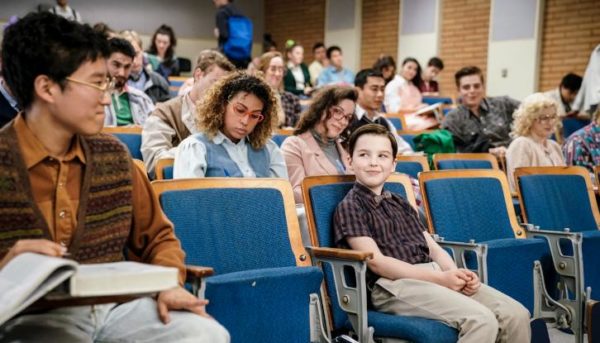 As ever the deep-rooted issues being explored in Young Sheldon are not always obvious. Intellectual insecurities amongst rival siblings, familial self-sacrifice for their genius prodigy or romantic encounters initiated for similar reasons are all addressed. Quirky, off kilter but no less endearing for all that, episode nineteen explores relationships amongst family whilst expanding on Mee-Maw’s personal life.

Enlisting veteran actor Wallace Shawn as Professor Sturgis, we get questions on dating protocol, naïve pronouncements and awkward first encounters. Potts and Shawn share moments of circumstantial humour which are fleeting yet effective. Armitage plays the crucial role of straight man opposite Potts, Shawn, Perry and Barber throughout. Delivering deadpan dialogue, inscrutable expressions and split second timing making situations uncomfortable yet wholly believable. These scenarios are squeezed into a compact nineteen minutes filled with moments of adult humour and observational comedy, both on point but never malicious. 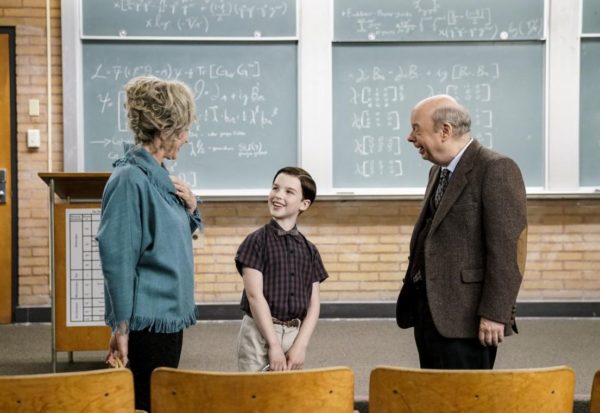 As far as penultimate episodes go there are no big reveals or cliff hangers. This is a programme which will achieve its aim through the employment of baby steps rather than blatant narrative manipulation. As an audience we are now comfortable enough to know that nothing in this world will happen overnight. Lorre and Molaro are all about character moments peppered within the confines of an overarching narrative. From the get go this has felt like a universe we just happen to be watching, rather than something superficial. There is a dry sarcasm which permeates much of the dialogue even from the younger cast members, which adds a certain sense of exaggerated realism. What has become apparent is how effective this approach has been, where humour comes not from a studio based repetition of jokes and punch lines, but from real human responses.

Have no fear this reviewer has no illusions about Young Sheldon nor its fictional nature, but it still remains a pleasure to watch with an assured level of consistent invention. When programmes of this quality are brought to life you are sad to see them go, even if a second season is assured.