If you’ve paid even a small amount of attention to Marvel’s Avengers: Infinity War then you will have heard the name Thanos bandied around a bit.  Thanos is the big purple villain of the film and thanks to a Marvel/Epic Games crossover will make an appearance in Fortnite, providing you can find his Infinity Gauntlet. 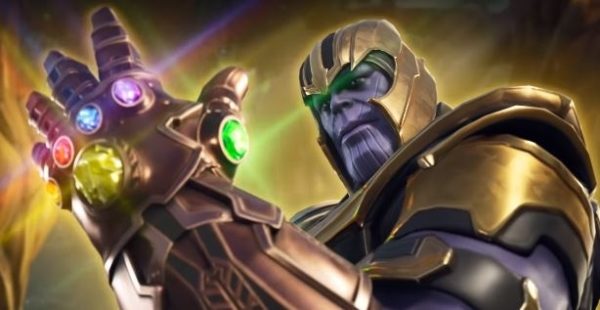 The old map of Fortnite Battle Royale is taking a bit of punishment lately what with the huge meteor impact in the recent update but that don’t stop Epic Games arranging for another meteor to crash into the game map, especially when it contains the Infinity Gauntlet.  Any player who is lucky enough to find this will transform immediately into the mighty Thanos and gain a selection of super powers including the ability to punch enemies and structures, a ground punch, regenerating shield, super jumps and even a energy blast.  Having great powers does have its price though so don’t expect to be able to use other weapons, items such as launch pads or have the ability to build.

Killing Thanos will make the player immediately drop the Gauntlet allowing someone to pick it up and start the destructive cycle all over again, however, leave the gauntlet for too long and it will despawn and only reappear when another meteor crashes.

If you want to check out the patch notes then click here.