Bethesda have today announced they will be bringing gamers a sequel to Rage their 2011 hit first person shooter.  Rage 2 looks to still be set in the same wild post apocalyptic universe as its predecessor but other than that the bizarre teaser trailer that we have for you below doesn’t say anything about what to expect. 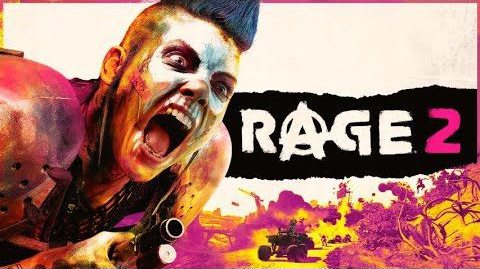 The original game saw the world devastated by the impact of asteroid 99942 Apophis and had players take control of Nicholas Raine, a soldier who had been placed in hibernation a century earlier, who awakes to find the world a shadow of its former self.  In true FPS style, players had to trapse around the ruined environment completing missions and fighting raiders.

Rage was often referred to by reviewers at the time as being a blend of Fallout and Borderlands, which isn’t a bad thing, but was still considered a great game.  This new trailer looks to be continuing that blend of worlds with the pure insanity that comes across from the various raiders posing and fighting.

Is Rage 2 a game you’re looking forward to seeing more of?  If so, Bethesda will be revealing a new gameplay trailer tomorrow.

Share your thoughts on this trailer in the comments below…