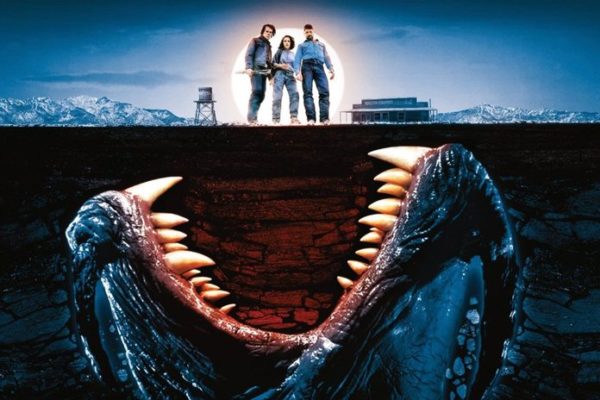 Over the weekend, Kevin Bacon revealed that Syfy has passed on the Tremors pilot, which would have seen him reprising his role as Valentine McKee from the cult 1990 comedy-horror. And now, thanks to writer Andrew Miller, we have a look at what might have been with some images showing Bacon back in character, as well as a statue in the town of Perfection commemorating his heroics in defeating the Graboids back in the day.

I’m sure SyFy had very, very smart reasons for not picking up Tremors to series. Not cinematic enough? pic.twitter.com/Q7dQoCCavA

I’m sure SyFy had audience concerns for not picking up Tremors to series. Too captivating? #Tremors photo by Lewis Jacobs pic.twitter.com/k0dBjH3XQT

I’m sure SyFy had artistically sounds reasons for not picking Tremors to series. The Val statue in the middle of Perfection not big enough? #Tremors pic.twitter.com/x6e9Ib5Xja

Meanwhile Vincenzo Natali, director of the pilot, also shared his thoughts on Syfy’s decision, as well as suggesting that another outlet could pick up the show…

thank you. I suppose it’s possible. People loved it and it tested great. I am baffled by this decision.

The pilot marked Bacon’s return to the Tremors franchise for the first time since the original movie and would have seen Valentine McKee attempting to overcome age, alcohol and a delusional hero complex in order save save the town of Perfection when the Graboids begin to wreak havoc once more.