The second Overwatch Anniversary event begins today and what better way for Blizzard to celebrate than to provide gamers with another Overwatch Free Weekend.  Potential heroes can log in to the game on Xbox One, Playstation 4 and PC for free from today at 19:00 BST. 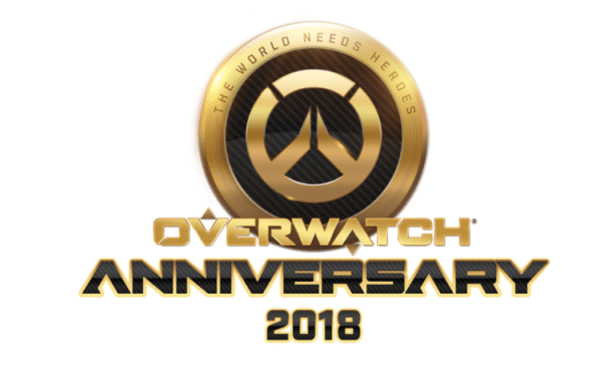 During this free weekend the full roster of Overwatch’s heroes will be available to choose from, that’s 27 heroes that can be tried out to see which one suits your playstyle.  Not only that but all 18 maps are available to play on in a variety of modes including Quick Play, Custom Games and the Arcade.  Players will be able to level their characters, unlock customisations and even earn loot boxes during this period with all progress still available after the weekend is over for those who then decide to purchase the game.

The Overwatch second anniversary will feature Petra, a new free for all Deathmatch map to fight over.  There will be more than 190 Anniversary items and eight legendary skins including Stealth Bastion, Shieldmaiden Brigitte, Formal Doomfist, Buccaneer Junkrat, Sherlock McCree, Forest Spirit Orisa, Magician Symmetra and Cybjörn Torbjörn.  There will also be the chance to earn items from previous seasonal events in each Anniversary Loot Boxes.

Enjoy the free weekend and let us know how you get on.