Summerset, the next chapter in the award winning open world saga that is The Elder Scrolls Online, has arrived on PC and Mac.  The Isle of Summerset hasn’t been visited since 1994’s The Elder Scrolls: Arena but is now available to explore and experience the fantastic new storyline.  Summerset will launch for the Xbox One and Playstation 4 on the 5th June.  You can watch the new cinematic trailer below… 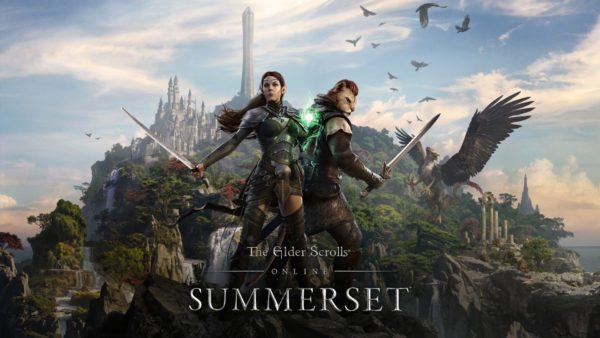 Queen Ayrenn of the Aldmeri Dominion has declared that the secretive Summerset Isle should open its borders to all who wish to explore these lands.  The Isle of Summerset at first glance appears to be the shining jewel of the High Elves territories but at closer inspection there is evil seeping through as Daedric forces have begun to emerge from the shadows.

Visitors to the isle will find a virtually untouched wilderness, shining cities, long forgotten ruins and the mysterious Psijic Order, a secret society of mages on the island of Atraeum.  Once a member of the Psijic Order players will travel across Summerset on a mission to close mysterious and destructive time breaches that threaten Tamriel.

Summerset is available now for PC and Mac.