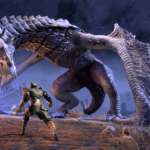 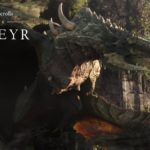 Bethesda has announced that The Elder Scrolls Online: Elsweyr and update 22 are now in Early Access for PC and Mac gamers.  This latest chapter in the Elder Scrolls Online saga will bring adventurers a new zone, an absorbing new story to follow, and the Necromancer class.  Check out the new Dragon Rage trailer below… In […] 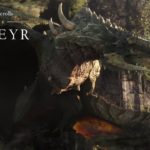 Following the release of the Wrathstone DLC this month, you can now play the Elsweyr prologue quest. The prologue functions as an introduction to the story that will be told in the main expansion when Elsweyr is launched. You can play the prologue as long as you have a base copy of the Elder Scrolls […] 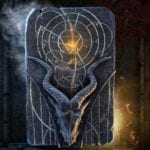 The Season of the Dragon begins for The Elder Scrolls Online with the release of the Wrathstone DLC on PC.  This latest DLC is a new game pack that includes two dungeons to explore in order to obtain parts of an ancient tablet.  Console players will be pleased to hear that the Wrathstone DLC will release on […] 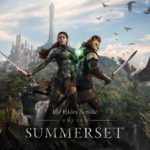 Summerset, the next chapter in the award winning open world saga that is The Elder Scrolls Online, has arrived on PC and Mac.  The Isle of Summerset hasn’t been visited since 1994’s The Elder Scrolls: Arena but is now available to explore and experience the fantastic new storyline.  Summerset will launch for the Xbox One and […]

The Elder Scrolls has always had its fair share of fans who will defend their favourite games to the death. There are people who are wrong and think Skyrim is the greatest, there are people who think Oblivion is the best and are also wrong, and there are those who have truly delved into the depths […]

The first main DLC of 2017 has finally arrived on the PC/Mac version of The Elder Scrolls Online.  The Homestead DLC is a free update available now for PC and Mac that will allow players to buy homes, mansions and even an island.  If you are an Xbox One or Playstation 4 player then fear not, this […]

Bethesda Softworks have released Update 12 for Elder Scrolls Online: Tamriel Unlimited.   This latest update includes the highly anticipated One Tamriel which allows players to go anywhere, with anyone, at any time in almost every zone of the game. Elder Scrolls Online – One Tamriel removes Alliance restrictions and allows players to form groups with any other players regardless […]

Bethesda Softworks have released their latest update to Elder Scrolls Online: Tamriel Unlimited , which delivers the type of freedom that players would expect from an Elder Scrolls game. One Tamriel makes joining in on the adventure easier than ever before, as players both new and old will be able to travel to anywhere with anyone anytime they […]