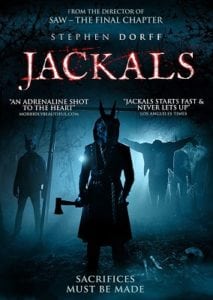 A family tries to deprogram their estranged son from a satanic cult while the disgruntled cultists surround the family’s property. 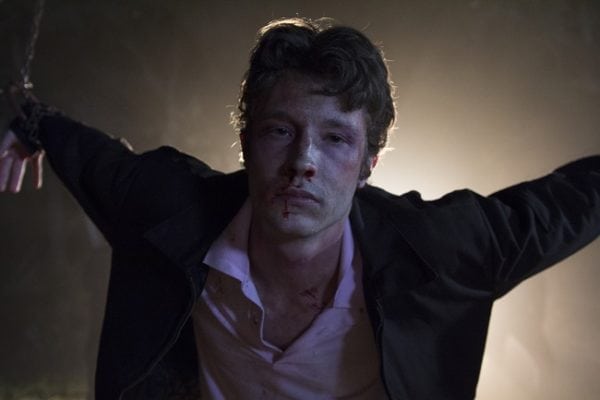 Home invasion movies have become increasingly popular over the past decade since Bryan Bertino’s 2008 film The Strangers became a hit and pushed what was a subsidiary of the slasher movie into a sub-genre all of its own. However, as The Strangers was pretty much the first and last word on home invasion movies, trying to move the genre forward or offer a fresh take on what is often very limiting material has proved to be fairly fruitless.

Well, fairly fruitless as one or two get through the cracks – You’re Next being an obvious one – but overall the idea of people on the outside of a house trying to get to the inside has been told many times over and could do with a fresh twist, which leads us to Jackals, in which the Powell family inside the house are trying to deprogram their wayward son Justin (Ben Sullivan – Quiet Paul) from a satanic cult with the help of deprogrammer Jimmy Levine (Stephen Dorff – Leatherface). The bigger problem the Powell’s face, though, is that while they fight and bicker amongst themselves as Jimmy forces Justin’s mum, dad, brother and girlfriend to try and show the confused young man how much they love him as he shouts obscenities at them, a crowd of angry cult members is gathering outside to claim back their wayward brother and will stop at nothing to intimidate the Powell’s into handing him over. 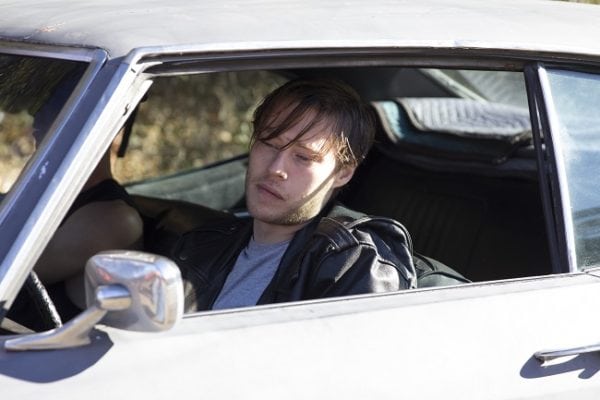 And so in the setup alone you have the makings of an interesting plot, the introduction of a group of Satanists looking to claim back a runaway while his desperate family begin deprogramming an original one with potential for shocks and scares aplenty, but that potential goes unfulfilled because the script for Jackals feels very open-ended, not to lead into a sequel but because the setup and the payoff feel very rushed and lacking in any weight.

The film begins will a Halloween-style POV shot of a masked intruder making his way through the house of a seemingly God-fearing and innocent family and the tone is very dark and edgy as you’re not quite sure what you’re about to be witness to. Even when Justin and his companion are pulled over in their car and attacked by two masked assailants – later revealed to be Justin’s father Andrew (Johnathon Schaech – Day of the Dead: Bloodline) and Jimmy bringing him back home – there is a sense of danger, culminating in Justin being tied to a chair in the family home while Jimmy tries to break him down psychologically in what should have been an expositional reveal into what Justin has been doing and who he was involved with, but it never happens. What does happen is that we learn that Justin’s parents don’t get along (broken home), his brother Campbell (Nick Roux – Tomato Red) appears to be the favourite son (sibling rivalry) and his girlfriend just wants him back to raise their baby (responsibility), and so that’s all the boxes ticked to say why somebody would choose to join up with a group who would no doubt show him that he has a place amongst them but the script never gives us any details of the cult (we assume they are Satanists – the film never goes into any great detail), of how Justin was enticed or what he has been through. Instead, just as Jimmy starts to work his magic and put suggestions into Justin’s head the rest of the Powell family decide to bicker amongst themselves until the first of the cult members shows up in the garden in what is a fairly intense moment. From then on the film goes on a predictable journey as the dysfunctional family are pulled apart even further, having to decide between handing Justin back or risking their lives to keep him, and again Jackals never quite goes where you want it to storywise, instead falling back on slasher convention rather than exploring the psychological angle of the Powell’s situation. 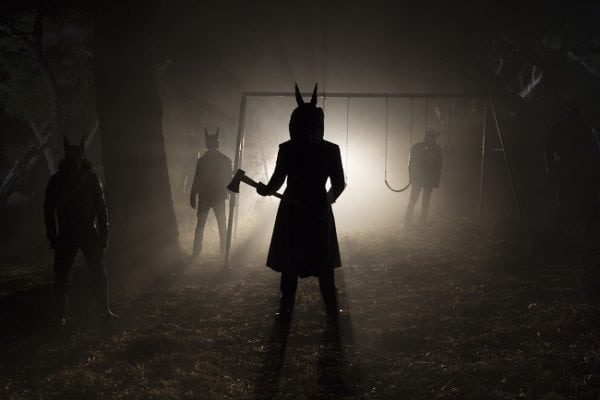 Clocking in at a tight 82 minutes Jackals feels like it should have had more time to develop and evolve into something that could have been terrifying but instead it ends up being a fairly middle-of-the-road home invasion horror, not being bad but never really going the extra mile to make itself stick out when it had the seeds of being something more. Technically it looks pretty good, with a few neat gore gags and some creepy imagery, and the performances are all pitched just right and make the Powell family very believable but Jackals ends up being frustrating by ultimately not being different enough when it had the opportunity to break out from genre constraints and be a genuinely nasty horror movie. Casual fans or the uninitiated may get more out of it but Jackals is simply too by-the-numbers for hardened genre buffs to visit more than once.