Iceberg Interactive and developer IguanaBee have announced that their lively multiplayer party game, Headsnatchers, will arrive on Steam Early Access on 10th July.  With variety of game modes inspired by some of the craziest Japanese TV shows, Headsnatchers will see players compete in minigames by snatching each others cartoon heads.  The game’s Early Access trailer below showcases what wackiness to expect… 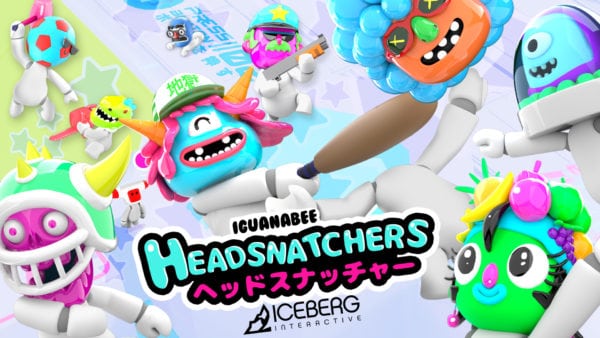 In Headsnatchers players can take part in several enjoyable game modes including a single player zombie castle conquest mode, four player local play and a 4 player online multiplayer mode that will see players compete in insane minigames such as slam dunking a cartoon head in the basketball arena or flushing one down a giant toilet.

“We had a lot of fun showing this game at PAX East where people were in fits of laughter playing it. We are eager to start receiving players’ feedback in this early access phase and polish the game with final tweaks”, says Erik Schreuder, CEO of Iceberg Interactive.

Headsnatchers will be available on Steam Early Access on 10th July.