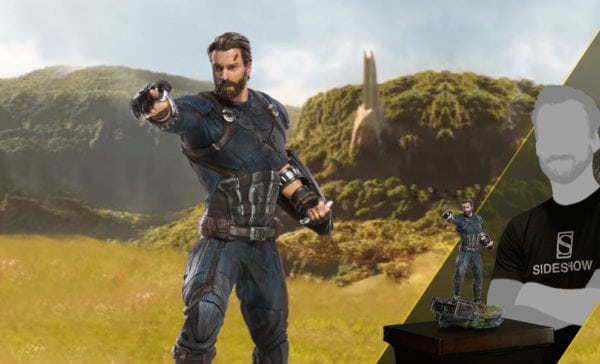 Sideshow and Iron Studios has unveiled the upcoming Captain America 1/10th scale Battle Diorama Series statue which is based on the likeness of Chris Evans as Steve Rogers in the Marvel superhero epic Avengers: Infinity War. The collectible is available to pre-order now, priced at $104.99 and is expected to ship between December 2018 and February 2019; take a look at the promotional images here and check out the other Infinity War Battle Diorama statues for The Hulk, Black Widow and Falcon… 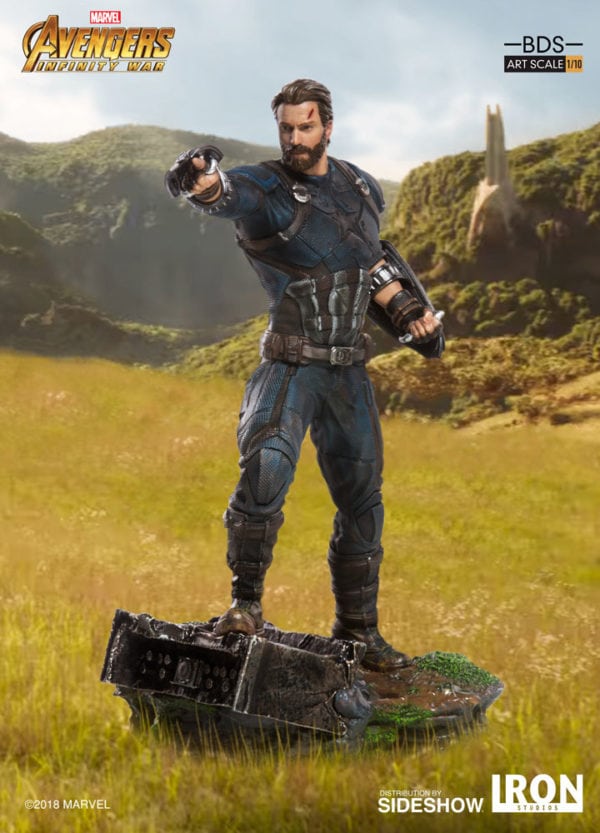 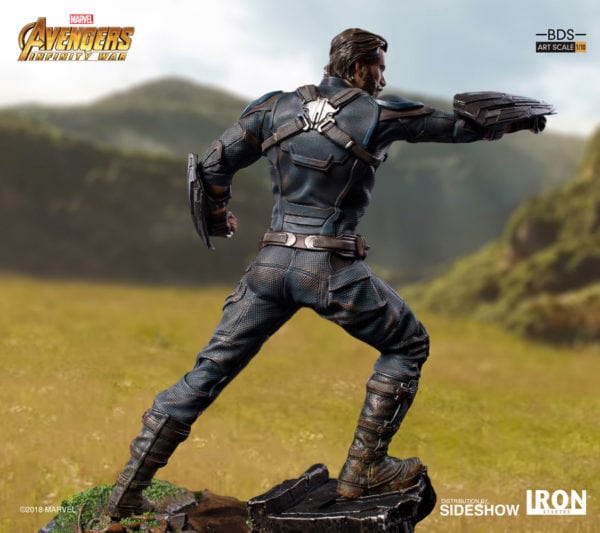 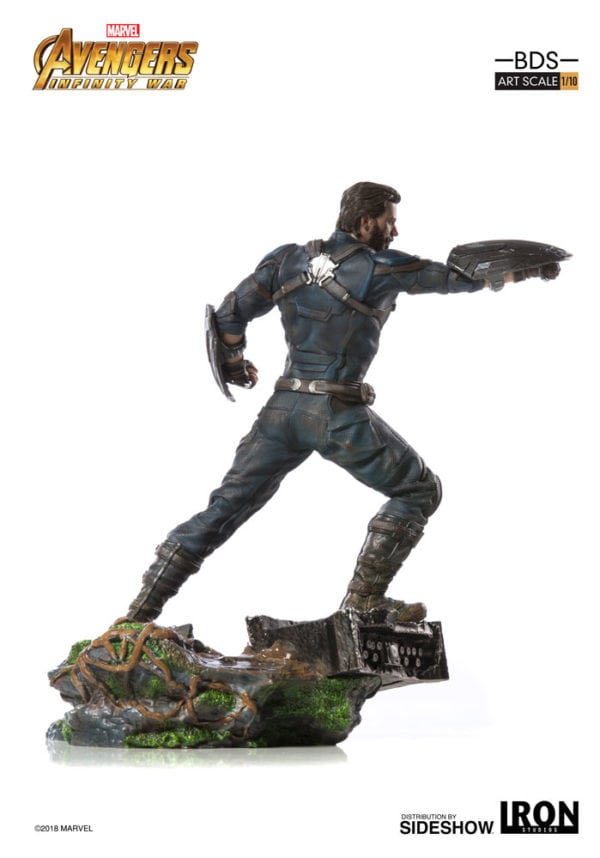 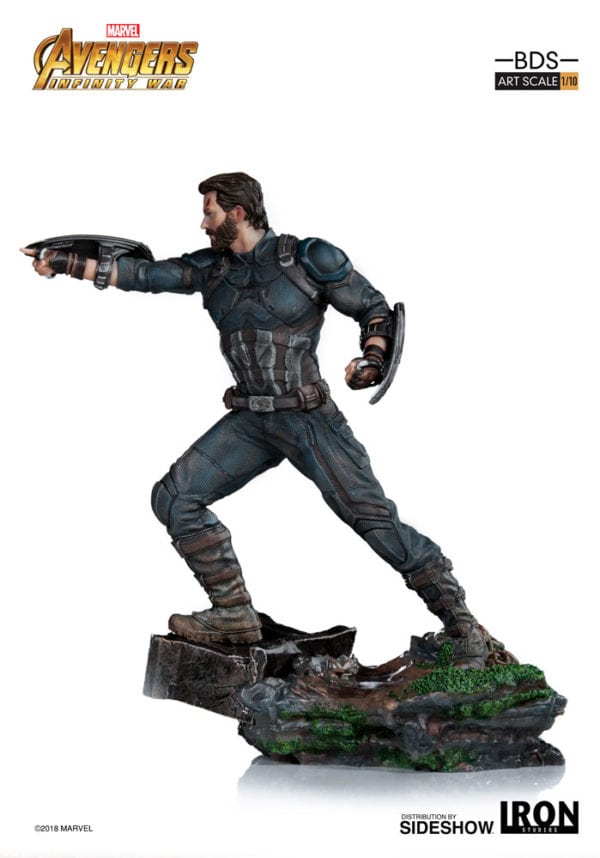 Following the worldwide success of the Avengers Infinity War movie, Sideshow and Iron Studios are proud to announce the latest hero from the Battle Diorama Series Art Scale 1:10 line – Captain America! Representing the battle of Wakanda, Steve Rogers comes with a fully detailed base and his brand new Wakandan shields! 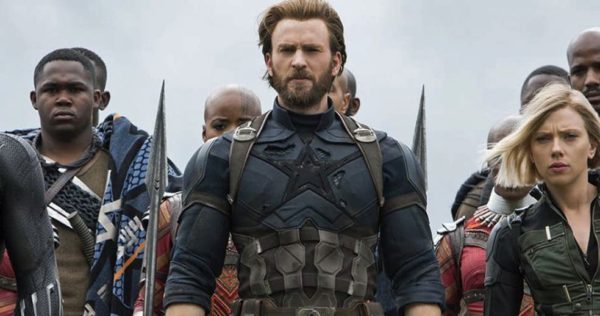