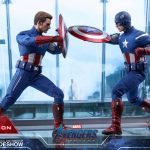 Sideshow and Hot Toys have unveiled the 1:6 scale Captain America Movie Masterpiece figure which is based on the appearance of Chris Evans as Steve Rogers when he revisits the 2012 Battle of New York in Avengers: Endgame. The collectible is available to pre-order now, priced at $259; check it out here… SUPPORT FLICKERING MYTH: Order […] 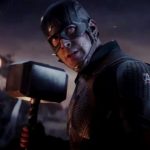 Chris Evans says he will “never say never” when it comes to returning as Captain America in the Marvel Cinematic Universe. With Avengers: Endgame, a number of big characters and actors seemed to call it a day, including Chris Evans and his character Captain America. But while Evans is ‘retired’ from the roll as of […] 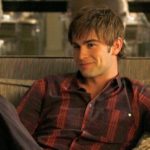 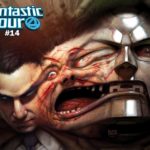 Having announced its upcoming Immortal variant program last month, Marvel has now unveiled six more of September’s covers, which are designed to pay homage to the many faces of Marvel, modelled after Bruce Banner’s transformation in the pages of Immortal Hulk; check them out here… IMMORTAL VARIANTS LINEUP: AMAZING SPIDER-MAN 29 BAGLEY IMMORTAL VARIANT AMAZING […] 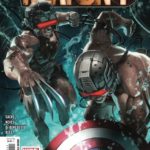 Wolverine and Captain America: Weapon Plus #1 goes on sale this Wednesday, and you can take a look at a preview of the issue here… SEE ALSO: Comic Book Preview – Wolverine vs. Blade Special #1 In 1940, scientists attempted to make a man into the perfect weapon, a Super-Soldier. They failed and made him […] 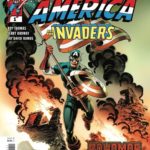 Marvel takes us back to World War II this Wednesday with the release of Captain America & The Invaders: The Bahamas Triangle #1; check out a preview of the issue here… March 1941. Assigned to safeguard President Roosevelt during a fishing trip in the Bahamas, the newly commissioned Cap endures his baptism under fire — […] 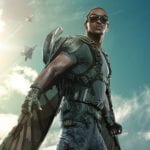 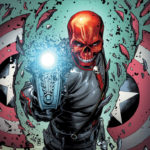 As part of its 80th anniversary celebration, Marvel has announced a new series of variant covers under the ‘Bring on the Bad Guys’ theme, which highlight classic Marvel heroes going head-to-head with some of their most iconic foes; check out the first six covers here… The full list of Bring on the Bad Guys variants […] 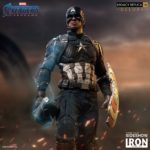 Iron Studios have unveiled its Captain America deluxe 1:4 scale Legacy Replica statue which is based on the appearance of Chris Evans as Steve Rogers in the climactic battle of Avengers: Endgame. The limited edition Marvel collectible comes with interchangeable pieces including Cap’s shield and Thor’s hammer Mjolnir, and is available to pre-order now, priced […] 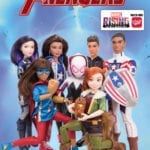 Marvel is showcasing the next generation of super heroes this December with five Marvel Rising Action Doll Homage variant covers across Champions, The Unbeatable Squirrel Girl, Captain America, Defenders: The Best Defense and Avengers. Check out the covers here… “These covers are such a wonderful way of celebrating Marvel Rising while honoring the legacy of […]