McFarlane Toys has released a batch of promotional images for its 7 inch Captain James T. Kirk and Captain Jean-Luc Picard Star Trek action figures which are based on the likenesses of William Shatner in Star Trek: The Original Series and Patrick Stewart in Star Trek: The Next Generation. The figures come with themed accessories and are set to go on sale June 23rd, priced at $19.99 each; check them out here… 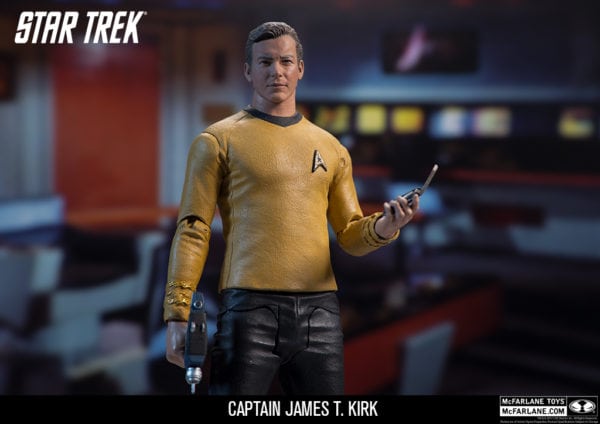 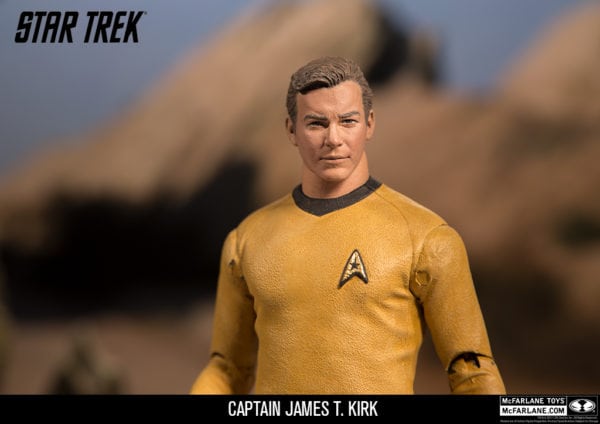 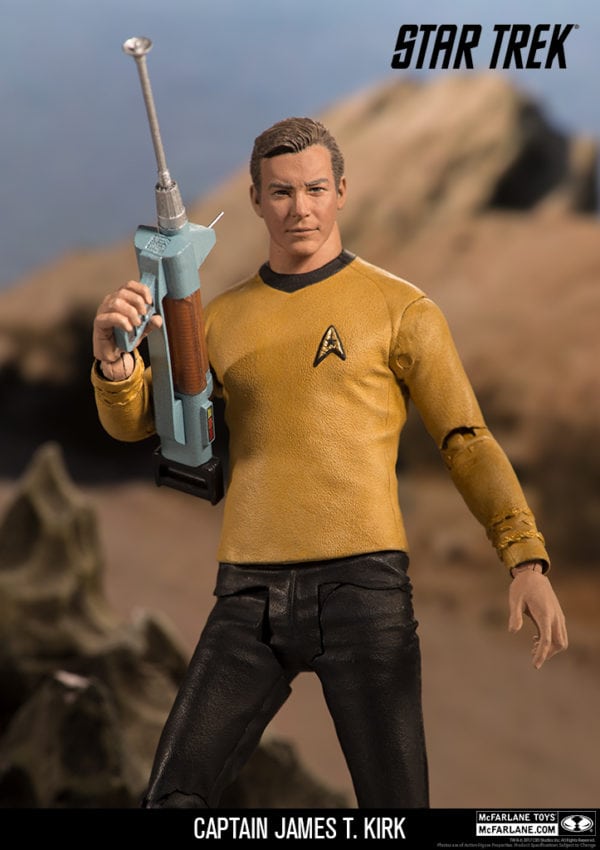 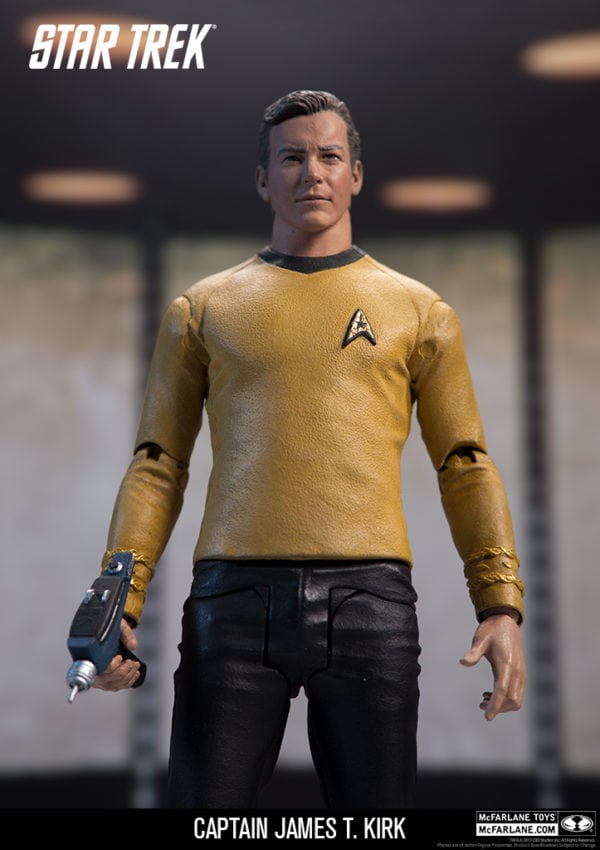 Captain of the USS Enterprise, Captain James Tiberius Kirk is one of the most renowned Starfleet leaders. Kirk leads his crew to the far reaches of space, Where No Man Has Gone Before. Regarded as a maverick, Captain Kirk strays from the path of Starfleet regulations, but only when the ends justify the means.

Captain Kirk is shown in his Command Yellow Starfleet uniform and will come with a Type II Phaser, a Communicator, and a Phaser Rifle. Figure Stands 7 inches tall and comes complete with multiple articulation points and a stylized brand specific base. 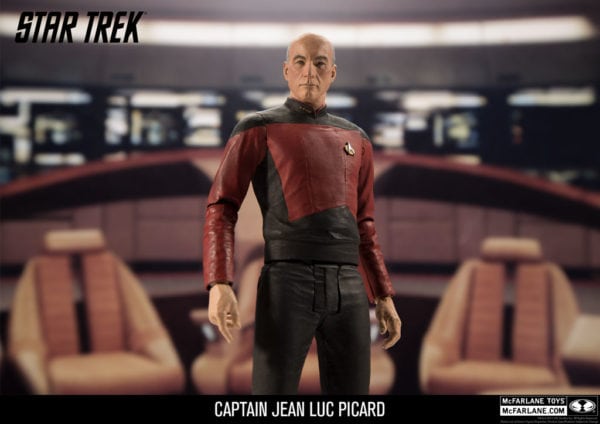 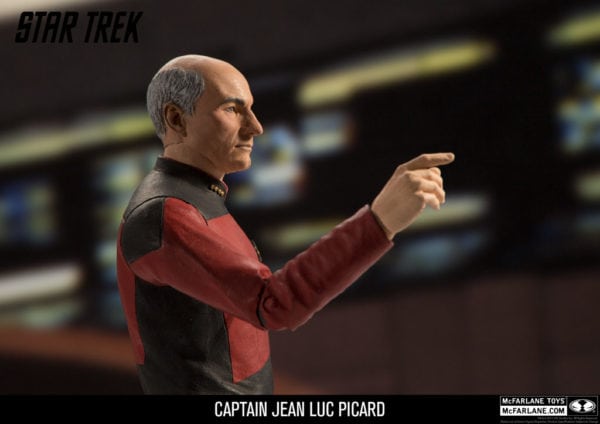 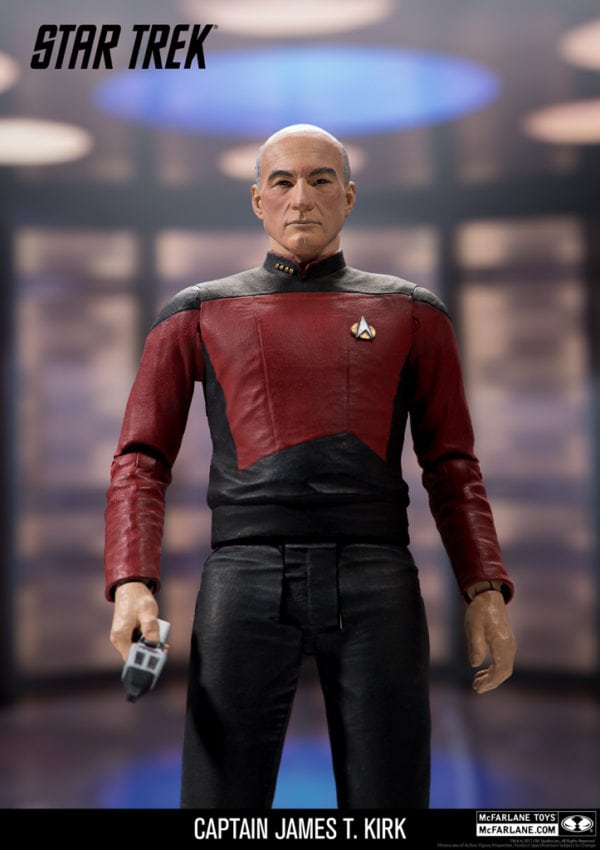 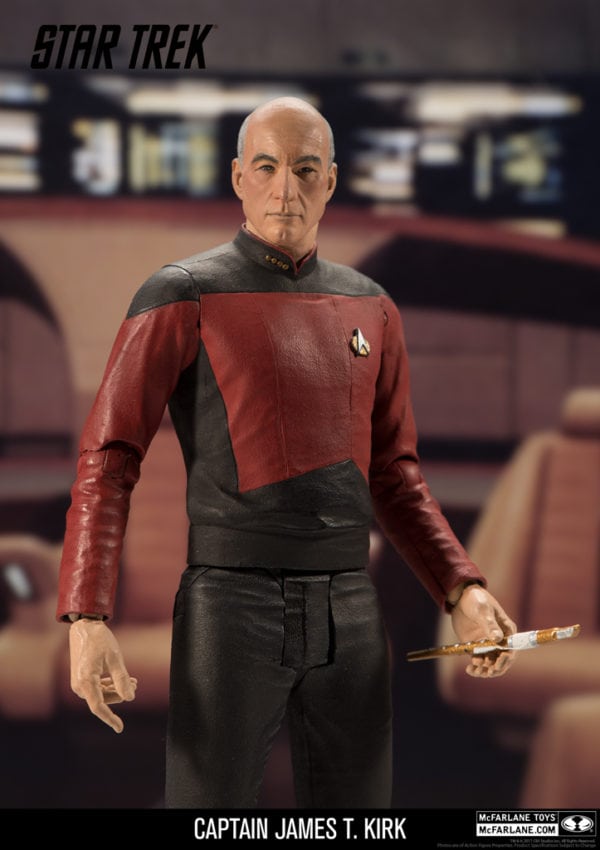 Captain of the USS Enterprise (NCC-1701-D), Captain Jean-Luc Picard shows that diplomacy can be just as effective as jumping head first into action. Despite his mastery of rhetoric, Picard is also known as an incredibly tactical Captain when faced with a violent threat. Captain Picard leads his diverse crew to seek out new life and new civilizations and to boldly go Where No One Has Gone Before.

Captain Picard is shown in his Command Red Starfleet (Type B) uniform and will come with a Type II Phaser and the Ressikan Flute, from the episode Inner Light. Figure stands 7 inches tall and comes complete with multiple articulation points and a stylized brand specific base.