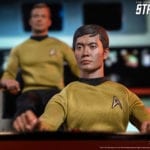 Sideshow Collectibles has revealed Quantum Mechanix’s 1:6 scale Hikaru Sulu figure which is based on the appearance of George Takei in Star Trek: The Original Series. The piece is available to pre-order now, priced at $179.95 and is expected to ship beweetn September and November 2019; check out the promotional images below… SUPPORT FLICKERING MYTH: Order […] 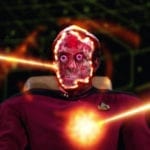 The six most shocking Star Trek moments… Since the first series of Star Trek in 1966, the franchise has gone on to become one of the most iconic and influential global television franchises in history. Each series has delivered new surprises, discoveries and bold revelations, alongside its beloved characters and traits that are echoed throughout […] 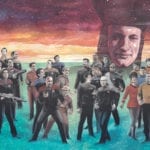 For the first time ever, the Captains and crews of Star Trek: The Original Series, Star Trek: The Next Generation, Star Trek: Deep Space Nine and Star Trek: Voyager are set to cross paths in IDW Publishing’s upcoming comic book miniseries Star Trek: The Q Conflict, a six part event from the writing team of […] 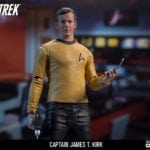 McFarlane Toys has released a batch of promotional images for its 7 inch Captain James T. Kirk and Captain Jean-Luc Picard Star Trek action figures which are based on the likenesses of William Shatner in Star Trek: The Original Series and Patrick Stewart in Star Trek: The Next Generation. The figures come with themed accessories […] 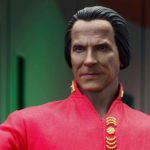 Sideshow and Quantum Mechanix have revealed a batch of images for the 1/6th scale Khan Noonien Singh figure which is based on the likeness of Ricardo Montalban in the classic ‘Space Seed’ episode of Star Trek: The Original Series. The collectible is available to buy now, priced at $149.95; take a look below… SUPPORT FLICKERING MYTH: Order via […] 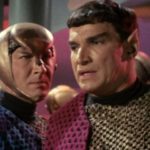 Andy Naylor with his five best Star Trek episodes ever… After 12 years away from the small screen, Star Trek returns on Sunday 24th September with Star Trek: Discovery. While we have had the re-boot J.J.-verse in that time, with mixed success, sci-fi fans have been sorely missing one of the most popular shows to […] 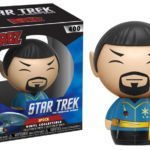 Funko has revealed a new range of sci-fi inspired Dorbz which includes figures from Predator, Alien, TRON, The Rocketeer, and Star Trek: The Original Series; check them out here… Dorbz’s Science Fiction series features an array of creepy yet adorable characters! The lineup features the powerful PREDATOR with his super-human strength! Look for the clear version of […]

Tony Black on the addition of Chris Hemsworth’s George Kirk in Star Trek 4… It’s been quite the week for Star Trek news, and it’s only Monday! With the looming arrival of Star Trek Beyond getting (much to my delight) very positive initial critical buzz, we’ve not only found out the new Bryan Fuller series […]

Tony Black on the legal dispute over Star Trek: Axanar… Fan films have existed in the Star Trek universe almost as long as the licensed ones. Just look at Star Trek: New Voyages which frequently includes major stars from Voyager or as far back as The Original Series, frequently playing the roles they are beloved […]