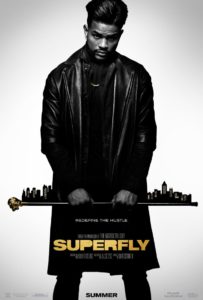 The movie is a remake of the 1972 blaxploitation film ‘Super Fly‘. 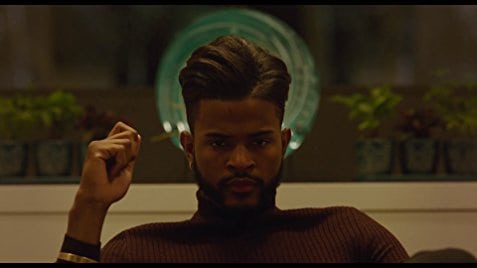 The coolest thing about SuperFly (as the synopsis says, a reimagining of the 1972 blaxploitation movie, now by arguably the hottest music video creator working in the industry today, Director X) is the long black coat and stylishly wavy hair from its protagonist Youngblood Priest. He’s a drug dealer with a moral compass (one of the very few elements to appreciate in the remake are little moments such as the charismatic criminal swerving into a sharp turn to avoid running over pedestrians, one of which is a baby in a stroller) looking to up his game and pull off one final score in order to retire from the unsavory business, living life a free man.

There is no real problem to be had with that part, but so many aspects of SuperFly are terribly amateurish (I guess this shouldn’t be a surprise as Mr. X has only made one other feature film), from the wannabe sleek melee fighting (it has no idea if it wants to place emphasis on dodging and counterattacks or just roll with a more realistic down and dirty approach, often switching between the two inexplicably), to the exotic vehicles used in an important car chase that feel there specifically for advertisement just as much as the Sony phones (cinematography is often distractingly centered on getting in sweet shots of product placement), and objectifying women beyond offensive levels. 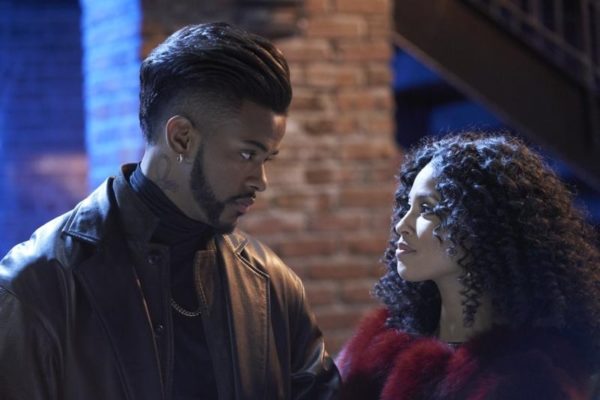 Those first two major flaws I can at least chalk up to as an experienced director in over his head in terms of action, but there’s no excuse for females solely either catfighting, giving blowjobs during a joyride, or engaging in shower three-ways for minutes on end while an aggressively annoying autotune soundtrack assaults the ears. That’s not a knock on polyamorous relationships or anything, but the segment is superfluous, unnecessary, atrociously executed, and probably just as unintentionally humorous/non-erotic as anything in the Fifty Shades of Grey film adaptations. Oddly enough, none of that explicitly sexual content seems to be prevalent in the original (according to my quick research), so it’s as if these filmmakers (the script is penned by Watchmen co-writer Alex Tse, redrafting the original from Phillip Fenty) deliberately went out of their way to sleaze the whole thing up. Sure, shock value sexual content is a staple of the sub-genre, but it’s just laughable and idiotic here.

Aside from that, SuperFly simply isn’t that entertaining to watch. For a brief period in the middle, the script does do a serviceable job at increasing the risk factor and elevating the difficulty as to how Priest will pull off his ambitiously minded escape plan, but then the final act devolves into a series of scenes showing various villains screwed over in repeatedly anticlimactic fashion. Admittedly, many audiences will erupt in applause at some dirty white cops getting their comeuppance, but the characters and story are also played too dramatically exaggerated for it to register as a memorable moment. Additionally, some of the performances are horrible, but I suppose it’s to be expected given some of the cringe-worthy dialogue on the page. 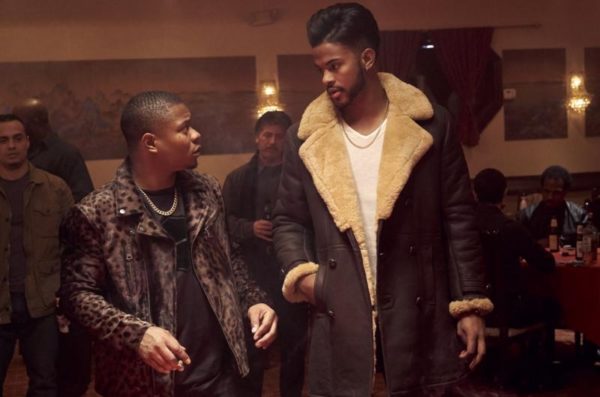 It doesn’t help that the film’s idea of a story is multiple gangs warring against one another, each with the grace and subtlety of a bull in a china shop. If you can keep track of all the criminals beefing with one another, congratulations. Priest is the only exception; he’s calm and reserved, confident and not cocky. The costume design makes him an even more appealing character, and it’s unfortunate he’s stuck in such a bad movie. Trevor Jackson deserves a lot of credit for bringing out a likable character in this mess, while other reliable actors such as Jason Mitchell and Michael Kenneth Williams are unable to save face. There are also a host of real-life rappers trying but failing to insert some energy into their generic characters.

The most frustrating part is that SuperFly is a misfire that you actually want to like. There’s a great central character stuck in a bloated and boring experience. For a film created by a music video director, there surprisingly isn’t much flair or pop; it’s about as dime-a-dozen a narrative about a criminal wanting to escape his current life could be. It does check off many boxes for blaxploitation criteria, so in that regard, it does succeed, although its treatment of women is definitely outdated. A few impressive shootouts or hand-to-hand fights could have offset some of these negatives, but even those are disappointing, short, and sparse. Hopefully, a studio will try once again to breathe life into the genre as there are enough relevant current event stories to create something fresh and substantial.