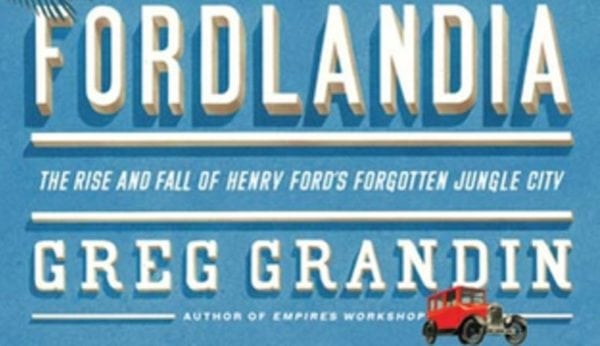 Hyde Park Entertainment Group has picked up the rights to Greg Grandin’s nonfiction book Fordlandia, and has set filmmaker Werner Herzog (Aguirre, the Wrath of God) to direct a TV adaptation from writer Christopher Wilkinson (Miles Ahead).

Fordlandia tells the true story of Henry Ford’s attempt to re-create small-town America deep in the heart of the Amazon. Established in 1928 in Brazil, it was intended as an industrial town with a population of 10,000, who would provide a source of cultivated rubber for the Ford Motor Company in the States.

“Fordlandia is an incredible true story, and we are thrilled to be working with Werner, one of the world’s most iconic filmmakers, and Chris, a truly exceptional writer,” said Hyde Park’s Ashok Amritraj, who will executive produce with Herzog. “The story of a tycoon with absolute power imposing his vision of America on the world is extremely relevant today.”

Herzog’s most recent work were the 2016 thriller Salt and Fire starring Veronica Ferres, Michael Shannon and Gael Garcia Bernal, along with the Emmy Award-winning documentary Into the Inferno.