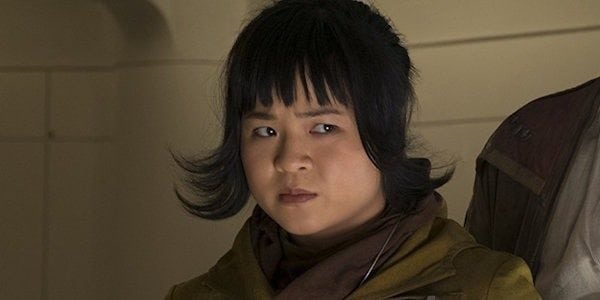 Obviously she didn’t. No rational mature adult human-being could validate a statement like this. It’s the kind of hyperbolic verbal spasm that has become a staple of fandom ever since cinematic obsessives made declarations like ‘George Lucas raped my childhood’ because they thought the prequels weren’t that good.

I’m always puzzled by this weird sub-culture of fandom. Toxic, bottom dwelling creepers who either
a) take movies way too seriously or b) use movies as an excuse to extend abusive behavior towards other people and suffer from a diagnosed or undiagnosed personality disorder. Part of me leans towards the latter, simply because I refuse to believe there are so many people out there whose behavior could be so impacted by a movie.

I enjoy movies, enough to have been writing about them for twenty years. But no movie, no matter how terrible, would drive me into a state of anger. It wouldn’t even ruin my day. Sure, there are times when you write reviews where you use words like ‘hate’, but it’s simply an attempt to convey strong, natural feelings. Like all emotional states, I would image hate is a pendulum. Hating a movie can’t be nearly as strong as hating the idea of genocide. 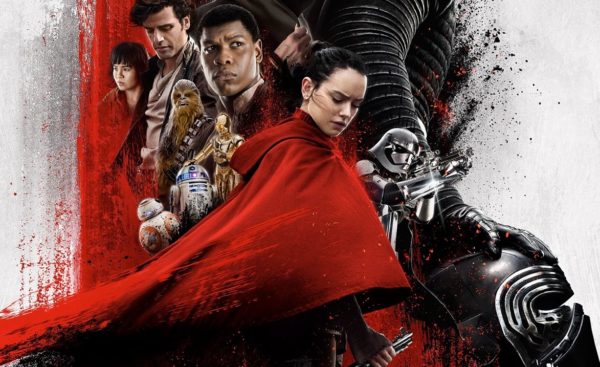 Then again, based on what I’ve seen online lately, it seems like hate for some people is not a pendulum. Either that, or they hate movies with the same anger usually reserved for terrible people like murderers or the person that invented scratchy, one-ply toilet paper you find in rest stop bathrooms.

The Last Jedi was a movie that a lot of people didn’t like (myself included). I thought it was a terrible, poorly written absolute pile of irredeemable garbage and willing to talk about it length at any given time. I didn’t care that Rian Johnson decided to subvert expectations and take the franchise in a different direction. Change is good. I simply disliked his choices and thought the film was poorly conceived and executed.

I could genuinely say that I hated The Last Jedi. At no time could I ever say that greatly disliking the movie translated into actual feelings of anger or frustration at Rian Johnson. Because I’m an adult whose identity isn’t formed by my fandom. On some levels I can separate art from artist and simply view a movie as a creation of multiple artists. My normal, non-psychotic feelings are reserved for the movie and not those who created it. There are exceptions. I don’t watch Roman Polanski movies because I don’t feel like enabling a terrible human being. I suppose on the swinging pendulum of hate, I hate rapists a little more than imperfect filmmakers. 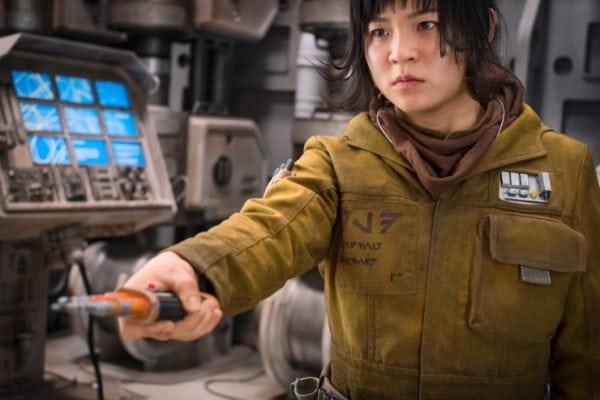 Poor Kelly Marie Tran has been taking a shulacking from people who call themselves Star Wars fans. Recently it was reported she had deleted social media posts from Instagram due to the raw, unsubstantiated hatred being hurled in her direction. It’s a sad state of affairs when people lose any sense of perspective over a movie and their fandom becomes toxic. I’ll be blunt: If you love a movie or franchise so much that not liking a fictional character makes you express hate towards a real person, you’re too dumb to be taken seriously.

No one should be giving Kelly Marie Tran any grief. At the same time, to hear people like Kumail Nanjani call me an idiot for thinking that Rose Tico was a poorly conceived character is the well-intended overreach of people who aren’t assholes.

I totally embarrassingly fanned out when I met Kelly Marie Tran. Rose Tico was unequivocally one of the highlights of The Last Jedi. You’d have to be an idiot to disagree with that.

This is one of the side effects of all this hyperbole from toxic fans. Idiots whose lives revolve too much around cinema take shit too seriously and give grief to Kelly Marie Tran for no good reason. And ‘yes’, hating The Last Jedi and a fictional character is never a good reason to harass or abuse a real person. I shouldn’t have to type that sentence. That should be common sense.

But these toxic fans lack the kind of common sense and decency that most reasonable human beings posses. These are the overgrown children that should be immediately ignored for their inability to play nice over a fucking movie. At the same time, we don’t need their idiocy matched by the other side who declares that Rose Tico was the best part of The Last Jedi. That would be like saying splitting blisters is the best part of Lupus.

I suppose there are people that liked Rose Tico, The Last Jedi, Jar Jar Binks and WHIZZER! But even if you didn’t, it’s just a movie. Your level of frustration disappointment or even hatred does not entitle you to be an asshole. Rian Johnson did not suffocate your inner child, George Lucas did not rape your childhood, Kelly Marie Tran is not actually Rose Tico in real life and fictional movies designed to entertain should never be an excuse to be a terrible human being.

If you hated The Last Jedi so much that it has caused you to lash out at Kelly Marie Tran, maybe you need to grow the fuck up fanboy.