Doug Cockle is an American actor who has been working in the television and video game industries since the early-2000s. He is best known for his voice acting work, primarily as Geralt of Rivia in The Witcher series, Eliot Ness in Blues and Bullets, and Victor Vran in Victor Vran. 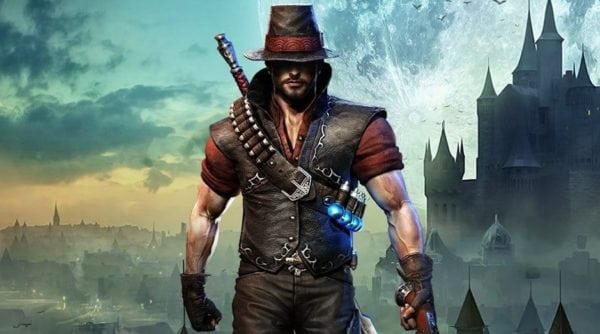 Victor Vran is set to be ported to the Nintendo Switch in Summer 2018, and so Flickering Myth had the opportunity to interview Mr. Cockle, and I in turn had the honor to conduct it:

You are unique among most voice actors in that voice acting wasn’t your sole devotion: you spent a lot of time not only doing freelance acting, but being a university lecturer as well. What was it like having this Indiana Jones-like life where you were teaching on one end, and doing these other ventures on the side?

Honestly… pretty challenging. The teaching was a full time job for 13 years and I managed to squeeze professional acting work into it somehow. It came to a point though where I just couldn’t do it all at the same time anymore, so I’m back to being a freelance actor. I do miss the teaching as working with the students was really enjoyable. I don’t miss the admin though!

I read that you have a theater background. It comes to mind because I remember talking to the creators of the DuckTales cartoon reboot, and they told me that they sought out actors who had a theater background for their main voice cast because they felt it would make it easier for them to record their lines in isolation if they had that past experience of bouncing off of someone on stage. Has that been the case for you with your voice roles where your theater background has come into play and helped?

Well, I trained as an actor for stage and screen, and all of that training and experience certainly comes into play in the vocal booth. My whole body gets involved when I record because I try to embody the character as much as possible, like I do on stage or camera, to get a real feel for the character. It isn’t necessary to train as an actor to do voice work, but it certainly doesn’t hurt! I always recommend getting some kind of actor training before moving into voice work, especially for animation and games, but the definition of training can be broad. 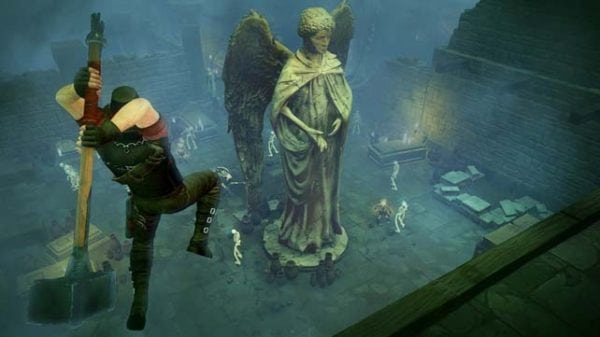 Now let’s talk about Victor Vran. You were doing this game along the same time frame as the third Witcher. Was that strange at all for you, to have to jump between these different world?

It isn’t really strange at all! It’s what I do! And I do try to make even the most similar characters’ voices just subtly different if I can. But also, the characters often have different reactions to things with the way they are written, and that can help give me clues as to how this character is different from that one.

Victor Vran got a Switch release. Do you personally play video games these days, or is life too busy? I’ve noticed with other voice actors that it tends to be split: some, like Mark Meer, game; others, like Jennifer Hale, don’t.

I’ve always loved games. Board games, card games, video games… I love them. I do try to play video games when I can. Currently working my way, slowly, through Assassin’s Creed: Origins. But I also have Wolfenstein 2, Hellblade: Senua’s Sacrifice and of course Victor Vran that I keep coming back to. Time is the issue!

On that note, have you ever met other famous video game voice artists like Nolan North, Troy Baker, Roger Craig Smith, Steven Blum, Tara Strong, David Hayter, or Keith David? If so, what was it like being able to stand among them as an equal?

As I’ve started doing the Convention circuit a bit I’ve had the chance to meet some cool people. Nolan and Troy I met at MomoCom in Atlanta a month ago, and I met Ashley Burch at the BAFTA Game Awards nominees’ party. Actors in games are rarely in the studio at the same time, so meeting other actors who you are technically working with is not very common unless you go to events and conventions and things like that.

I remember seeing in an interview that one of the reasons you really liked the Victor Vran project was because it was using music, in this case the late great Lemmy, to help shape its aesthetic. What other things do you take into consideration when deciding which projects to pursue?

Well… does it pay is often the first thing I consider! Actors don’t really get to choose the projects they do unless they have real hitting power. They do the projects they are offered unless they have a true moral boundary reason NOT to work on something. Personally though… I am drawn to strongly-developed characters with backstories, and projects with good writing and an awesome narrative. Those are the ones I most enjoy working on.

Victor Vran was created by an independent Hungarian developer called Haemimont Games. Did the fact that it was a Hungarian company make the process any different from the other games that you have done? For example, Witcher was of course developed by the Polish company CD Projekt Red, while the Blues and Bullets developer A Crowd of Monsters was, I believe, American.

Blues and Bullets was actually a Spanish team if I remember correctly. Honestly, there isn’t a whole lot of difference in terms of process. Personalities, yes… those differ of course… but the processes, at least from where I sit in them, are largely the same.

While Vran is a unique character, he does share some similarities to Geralt. I’m wondering, do you fear possibly getting typecast as the reluctant fantasy hero, or is it a role you embrace given your love for those characters?

I love those characters! Yes… I am aware of potential typecasting, and have experienced it to some extent, but I get to do other things often enough that it keeps it all fresh. And like I said… even those reluctant fantasy hero types all have small differences in how they interact with their worlds. 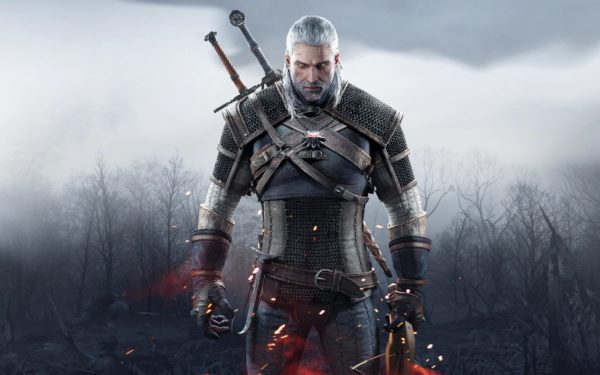 What future projects can we hope to see you in?

I’m not sure how much I can officially say about some things, but you can look out for a game called State of Mind coming out this Autumn I think. I’m also working with a couple small devs on projects that I’m sure I’ll be shouting about on Twitter soon. I also play DS Jones opposite Kate Mulgrew (Star Trek’s Capt. Janeway) as her boss in audio movie versions of the Smoky Barrett books by Cody McFadyen, which is good fun!

Flickering Myth would like to thank Mr. Cockle for sitting down with us. Victor Vran is available on Microsoft Windows, OS X, Linux, PlayStation 4, and Xbox One, and will soon be available for Nintendo Switch.