Sideshow has revealed Kotobukiya’s X-Men – Danger Room Session Storm 1/6th scale statue. The Marvel collectible is available to pre-order now, priced at $299.99 and is expected to ship between January and March 2019; take a look at the promotional images here… 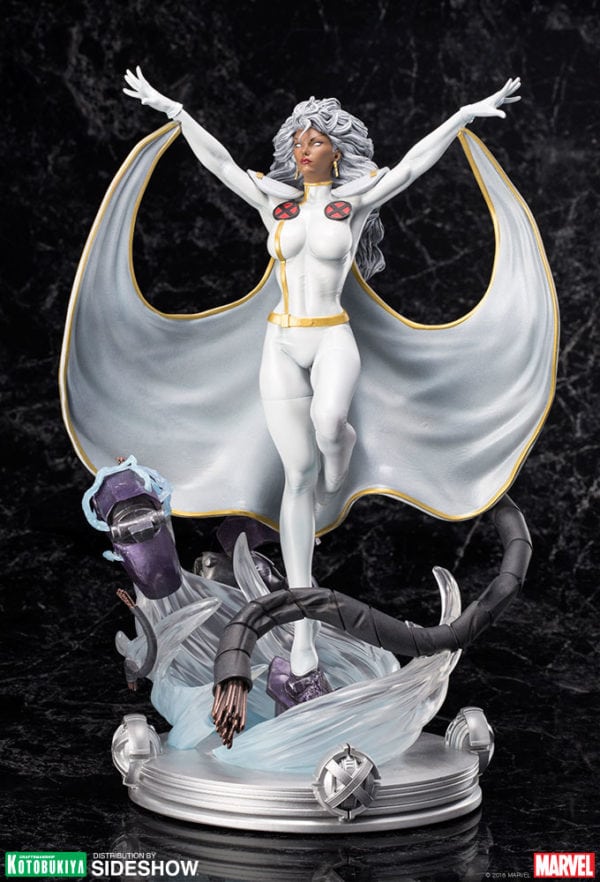 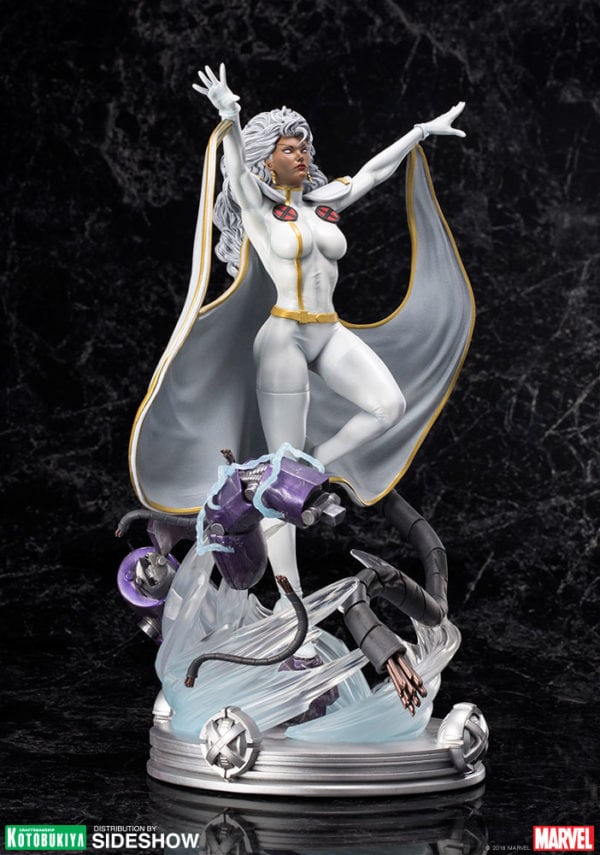 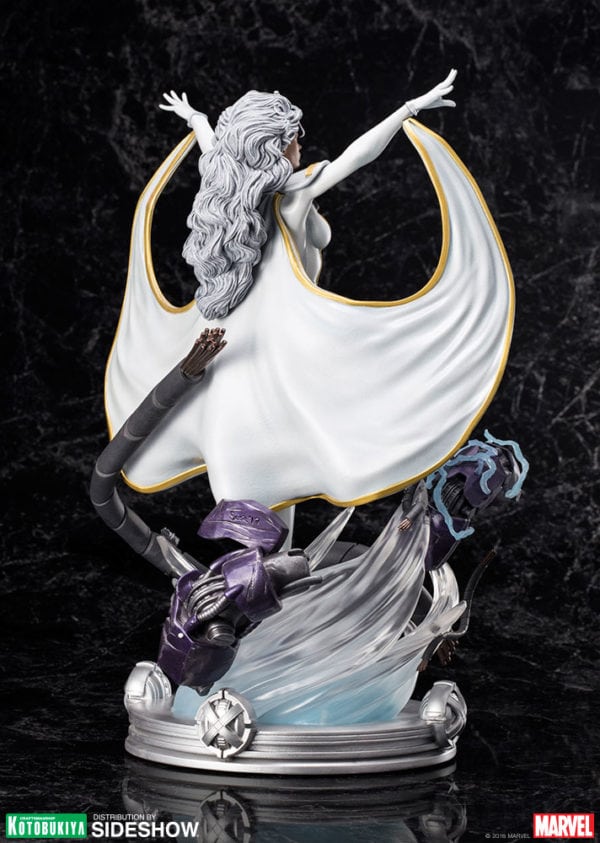 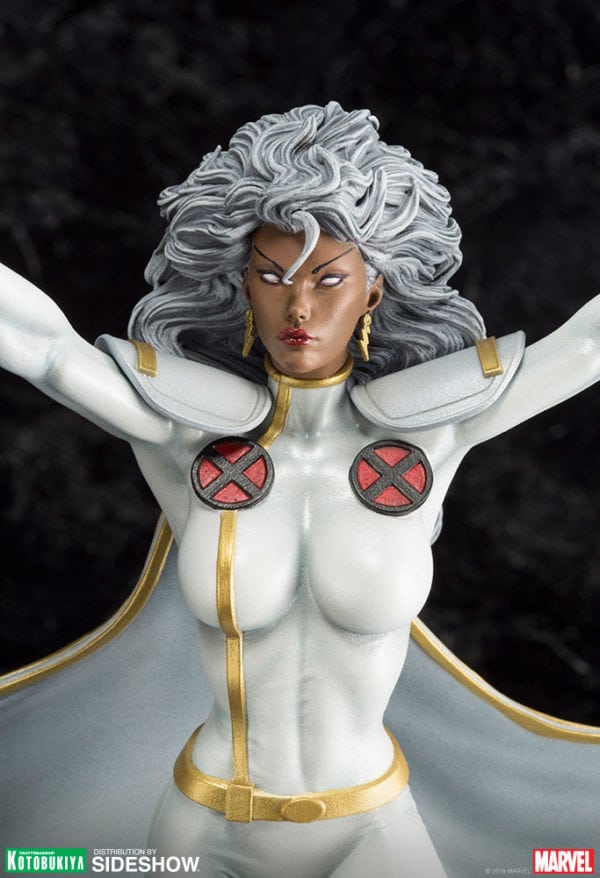 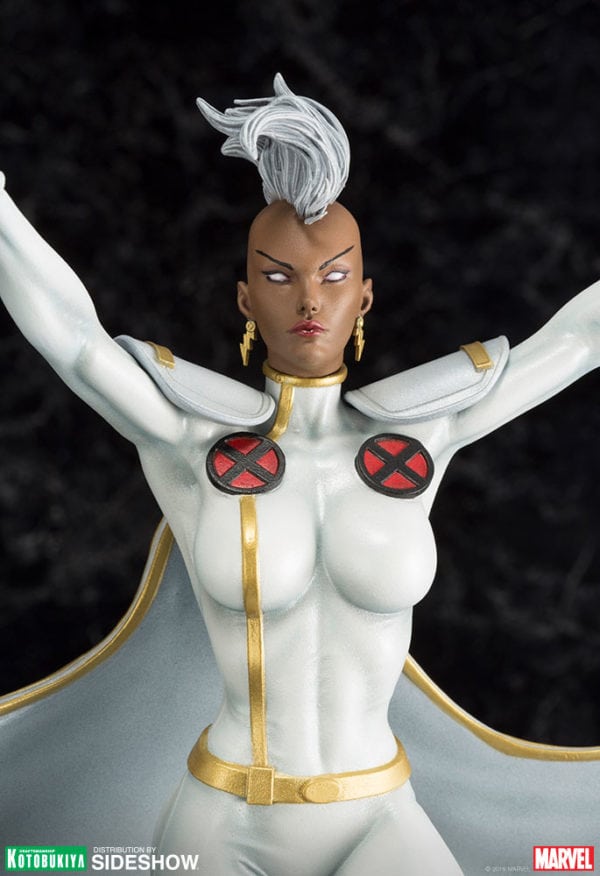 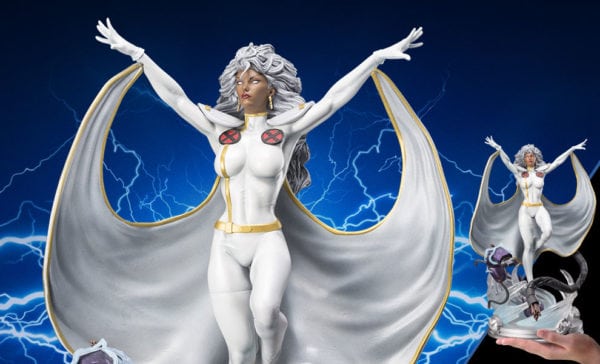 Sculpted in high‐quality cold cast resin by Erick Sosa, one of the most respected heroes amongst the X‐Men is here in glorious sixth scale statue form! The Omega Level Mutant, Storm!

Making her first appearance in Giant‐Size X‐Men #1 and making history as one of the first female characters of African descent, the popular mutant has since appeared in a variety of X‐Men adaptations. Storm’s foes are helpless against her ability to harness the awe‐inspiring powers of nature. The statue’s dynamic composition portrays Storm’s power of flight and and ability to create powerful storms, as the scattered remains of a Sentinel swirl around her. The “Danger Room Session” refers to the motif of the statue’s base.