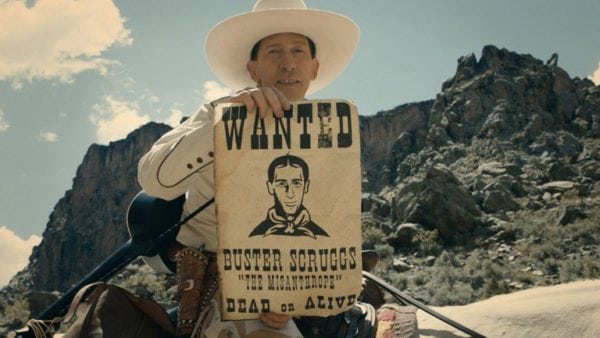 Last year, Joel and Ethan Coen began work on The Ballad of Buster Scruggs, a Western anthology series featuring six stories, which was subsequently picked up for distribution by the streaming service Netflix.

The series would have marked the Coens’ first foray into television, but Variety is now reporting that it has been reworked into a 132-minute feature film, retaining the same anthology format. The movie will premiere at the Venice Film Festival, before receiving an Oscar-qualifying limited theatrical release ahead of its Netflix premiere.

“We’ve always loved anthology movies, especially those films made in Italy in the Sixties which set side-by-side the work of different directors on a common theme,” said the Coens in a statement. “Having written an anthology of Western stories we attempted to do the same, hoping to enlist the best directors working today. It was our great fortune that they both agreed to participate.”