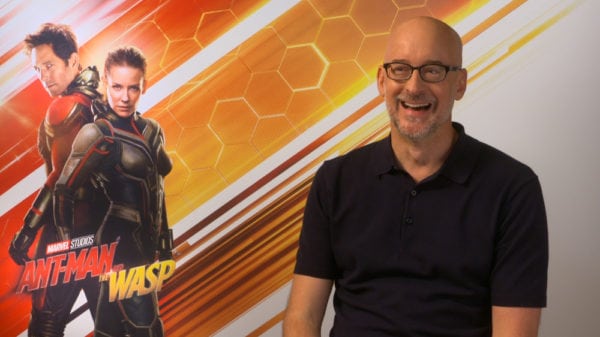 Peyton Reed was put in a very tough position when he directed Ant-Man back in 2015. Edgar Wright had left the project after years of development over “creative differences”, but everyone knew that huge amounts of the finished movie grew from the DNA of Wright’s original story. He has stayed in his post, however, as director of Ant-Man and the Wasp, free of the spectre of Wright.

He’s presiding over the movie featuring the MCU’s first titular female superhero in Evangeline Lilly’s Wasp, who joins forces with Paul Rudd’s Ant-Man in an adventure that spans just a couple of days, but takes in both the normal world as we know it and the psychedelic quantum realm. It’s an ambitious blockbuster with a tough act to follow after the madness of Avengers: Infinity War.

Ahead of the arrival of Ant-Man and the Wasp on this side of the Atlantic, Reed sat down with Flickering Myth to discuss the latest entry in the MCU. Watch the interview here…