NBC’s comedy The Good Place has been given a down to Earth poster for its upcoming third season. Per TVLine, the poster teases the new storyline as the characters enter an Earth where they didn’t die. 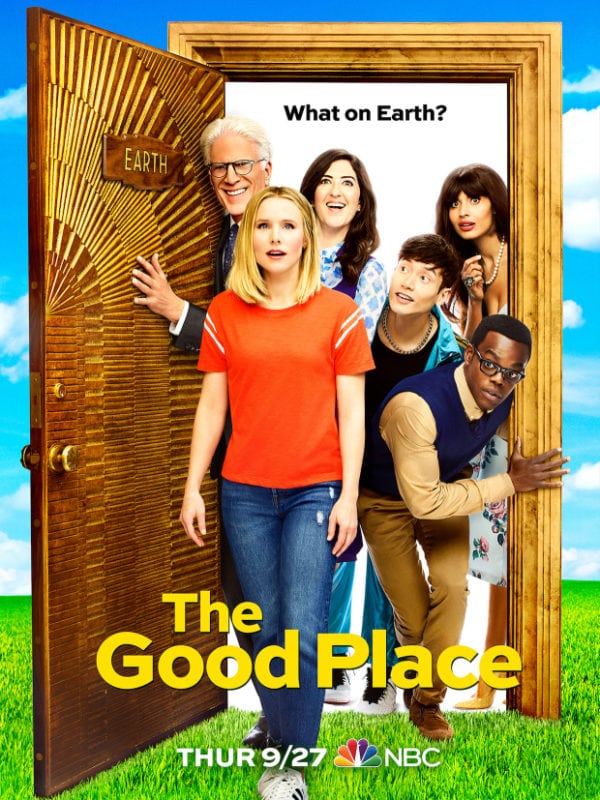 In the second season finale, Eleanor (Kristen Bell), Chidi (William Jackson Harper), Tahani (Jameela Jamil) and Jason (Manny Jacinto) were returned to Earth with no memory of the Good and Bad Places where they didn’t die as a test to see if they really could change for the better while Michael (Ted Danson) and Janet (D’Arcy Carden) watch over their progress.

The Good Place will return with an hour-long premiere on Thursday, September 27th.