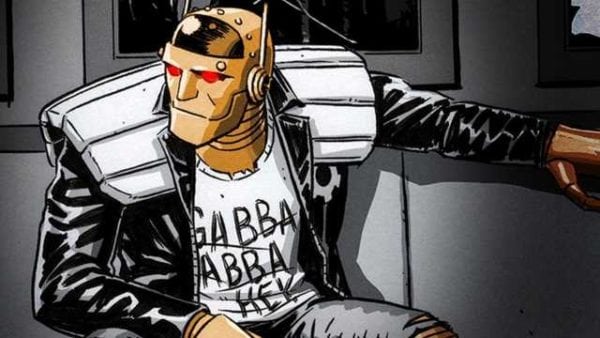 A couple of weeks ago we got a look Elasti-Woman, Crazy Jane, Robotman and Negative Man on set filming DC Universe’s upcoming live-action Doom Patrol series, and now Just Jared has got its hands on more spy photos, this time offering a rather clear look at the metal misfit Robotman. The character is being portrayed on set by Riley Shanahan, with Brendan Fraser delivering the vocal performance as well as appearing in flashback scenes as a pre-accident Cliff Steele.

Check out the set photos via the link below…

We have lots of amazing photos of Robotman on the set of #DoomPatrol! See the latest set pics: https://t.co/o953IByl3B

Doom Patrol is slated to air on DC Universe in 2019 and features a cast that includes Timothy Dalton as The Chief, April Bowlby as Elasti-Woman, Diane Guerrero as Crazy Jane, Joivan Wade as Cyborg and Alan Tudyk as Mr. Nobody.