The Marvel Cinematic Universe (MCU) is now at twenty films. I’ve not spoken to one person who fully agrees on the order these films should be ranked in, and my wife is still giving me crap about where I’ve put Iron Man 3.

So it’s always a good topic for discussion. The 2003 Eric Bana Hulk was an odd beast. But with Iron Man doing well Marvel must have felt confident that with Ed Norton in the main role and a strong supporting cast they’d be onto another winner. Not quite unfortunately.

I liked Norton but the Hulk didn’t reflect him in appearance, plus they’d taken away his ability to get bigger as he got angrier, which was something I always thought was cool. Rather than fighting giant dogs and an energy blob this time the Green Goliath battles Tim Roth’s Abomination. Emil Blonsky’s fascination with Hulk and his thirst for a similar power is both interesting and gruesome.

The main issue with this film though is it’s disconnect with the rest of the MCU. Hints haven’t been followed up on (The Leader for instance), and bar a one-shot we’ve heard nothing of the captured Abomination since. So as much as I enjoy seeing two monsters beat the crap out of each other on ITV2 (who are always repeating it), it’s a bit of a misfit and almost seems forgotten in the grand scheme of things. Ross’s welcome appearance in Civil War brings it slightly more into the fold but it doesn’t help much. 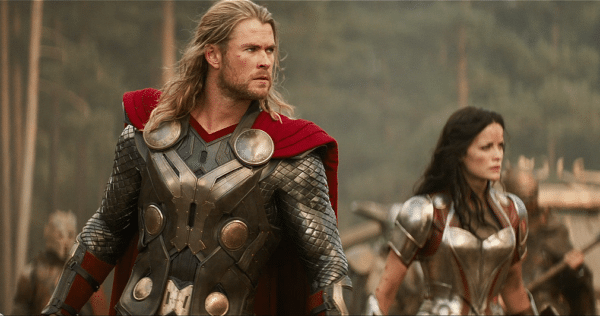 You’ll have heard before that ‘a hero is only as strong as their villain’. Well, The Dark World falls flat on its face on that front. Christopher Eccleston was clearly unhappy with the amount of time his character Malekith received on the press tour and it’s easy to see why. He’s underdeveloped and really quite dull.

Apart from that the film only really livens up when Loki and Thor are together on screen. Hemsworth and Hiddleston are comfortable in their roles and have great chemistry, whilst Natalie Portman is more a plot point than a character.

TDW has got better with repeat viewings, but overall is merely fine when the rest of the MCU has more to offer. It may have the best villain the MCU has to offer involved but it also becomes the perfect example of what the studio has done wrong with its other bad guys. At the time a Norse God was seen as a big risk, with Marvel only dealing in technology and science up to this point. Could the burgeoning Marvel Universe hold up to the more cosmic end of things?

Kenneth Branagh was a great choice, his steady hand making the grandeur of Asgard and its inhabitants work. Hemsworth was suitably arrogant and massive in the title role but Tom Hiddleston’s Loki was the real star. Deceitful, emotional, and a lovable little tinker that you wanted to hate but just couldn’t.

Though it delivered on introducing audiences to the greater Marvel universe it had one big issue. Thor changed his tune bloody quickly. Over a couple of days in fact. Quite an about turn and a bit rushed. This took the edge off the story as a whole for me, but it is entertaining. The curse of the sequel! Instead of focusing on what made the first film so strong and naturally growing the story, Marvel threw everything at Iron Man 2 in their rush to build towards The Avengers. There are plenty of threads, and all them could have been the focus. Stark’s health. The military’s interest in the Iron Man tech. Whiplash’s vengeance. Justin Hammer’s jealousy.

Instead it’s all thrown together and doesn’t focus on any of it, which is a real shame as it has some very cool moments. Sam Rockwell is gloriously in over his head and arrogant as business rival Justin Hammer, whilst we have the introduction of Black Widow, as well as Agent Coulson getting more screen time.

The absolutely coolest part though is War Machine. Don Cheadle replaced Terrence Howard and brought with him much stronger chemistry with Stark….and a bloody big chain gun. Does it get much cooler than Iron Man and War Machine taking names? It does not.

It has improved each time I’ve seen it but it’s still a very busy sequel. At first viewing I thought Age of Ultron was great, with plenty of action, far better treatment of Hawkeye (as if they were making it up to him) and tonnes of Avengers banter. Oh, and Veronica.

But the more I think about it the more issues I have. It’s extremely crowded, Spader is wasted, and some of the CGI looks really iffy.

It’s extremely entertaining, and Whedon once again nails the dialogue. But it feels like a missed opportunity with such an interesting villain.