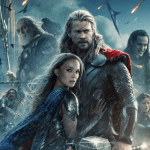 Wonder Woman franchise director Patty Jenkins, who was once attached to direct Thor: The Dark World for Marvel Studios, has explained why she departed the project following previous reports of creative differences. During an appearance on the WTF with Marc Maron podcast, Jenkins explained that she believed she couldn’t make a good movie out of the […] 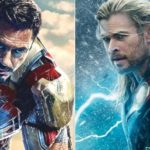 Before Alan Taylor was brought on to direct Thor: The Dark World, director Patty Jenkins, who is now known to superhero fans for helming Wonder Woman for DC, signed on to helm the Thor sequel for Marvel. However, Jenkins quickly left the project after three months due to “creative differences.” Now, in a recent interview with Vanity […] 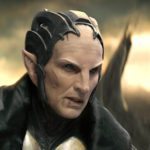 Christopher Eccleston, who played the dark elf Malekith the Accursed in Thor: The Dark World, has stated he would consider returning to the Marvel Cinematic Universe on one condition – the writers of Thor: Ragnarok returned. During a panel at New York Comic-Con (via RadioTimes), Eccleston explained some of the complaints he had during his time on the […] 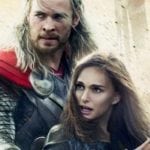 Warning: Avengers: Endgame spoilers follow… During the ‘Time Heist’ portion of Avengers: Endgame, Thor and Rocket Raccoon found themselves travelling to Asgard during the time of Thor: The Dark World in an effort to acquire the Aether, a.k.a. the Reality Stone, as part of the Avengers’ plan to undo The Snap. During the sequence, not […] 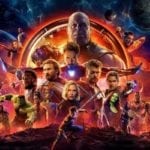 Chris Hemsworth has stated on several occasions that he felt that his last two outings as the God of Thunder in Thor: Ragnarok and Avengers: Infinity War left him with “a renewed sense of excitement and enthusiasm” over his Marvel role, after being “a little restricted” in his previous outings. Now, in an interview with GQ, […] 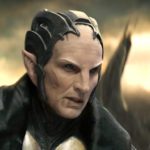 Neil Calloway looks at when an actor realises one of their movies is a turkey… For reasons that it would take a long German word to explain, we like it when films go wrong, and we also like it when actors spill the beans about unpleasant filming experiences they’ve had. Two stories this week reinforced […] 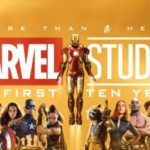 In celebration of the first ten years of the Marvel Cinematic Universe, Marvel Studios has released a new retrospective video which looks at the legacy of the MCU as we head into this month’s hugely anticipated superhero epic Avengers: Infinity War. Check it out here… SEE ALSO: Avengers: Infinity War directors considered not having any post […]

Former Doctor Who star Christopher Eccleston has been chatting to The Guardian about his time in Hollywood, during which he expressed his strong dislike for two of his big-budget offerings in 2009’s G.I. Joe: The Rise of Cobra and 2013’s Thor: The Dark World. “Working on something like G.I. Joe was horrendous,” said Eccleston. “I just […]