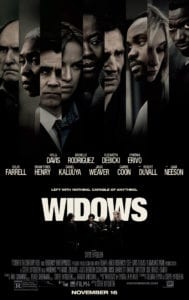 When her husband is killed in a robbery gone wrong, Veronica Rawlings must not only come to terms with his death but also the fact that he owed $2,000,000. When a rival gang leader arrives at her flat and demands the money – with a month for her to find the cash – Veronica hatches a plan to bring together the other criminal widows in a heist of their own. 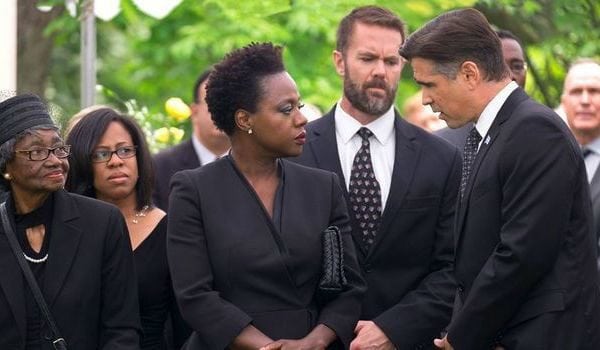 From award-winning director Steve McQueen (12 Years A Slave) comes Widows, a high-calibre and classy thriller with an exceptional cast, lead by Viola Davis. When her career criminal husband Harry (Liam Neeson) is killed in a robbery gone awry at the beginning of the film, civilian Veronica Rawlings is devastated. Nothing prepares her, however, for rival gang head Jamal Manning (a threatening Brian Tyree Henry), who comes knocking for the $2,000,000 Harry allegedly owed him – and gives her a month to produce it. Veronica decides that the only people who could help her are her fellow widows from that night, each with their own motivations (as well as a desperate need for money).

Widows is definitely all about female empowerment – they’ve all, in one way or another, been left in the shit by their men. Linda’s (Michelle Rodriguez) husband gambled away her dress shop business from under her, and Alice’s (Elizabeth Debicki) mother is encouraging her into a career of escort work – she only has a pretty face to offer, after all. The heist Veronica starts to plan with them comes from Harry’s notebook, which he left to her under lock and key. With the clock ticking, these women are finally given the chance to use their intelligence and resourcefulness, although desperate times sometimes mean desperate measures.

The film takes a little while to get going, and the female heist action occupies only the final 30 minutes – but while the story may take its time, it’s absorbing throughout nonetheless. Widows is packed with a fine cast of actors and an intriguing political subplot, with rival candidates Jack Mulligan (an impressive Colin Farrell) and gangster Jamal Manning running to control the 18th Ward in Chicago. 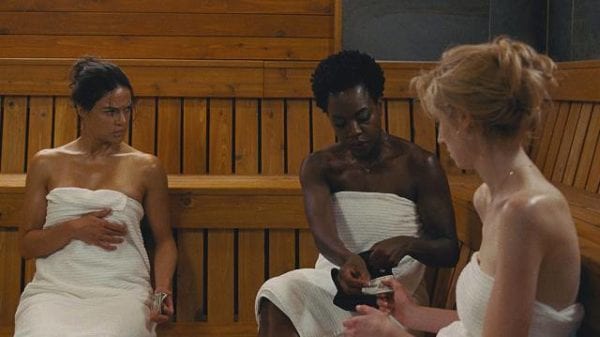 Although some actors do have more to work with than others in terms of character development, with acting of such a high standard across the board it rarely seems as though characters are fighting for a foothold or screen time (Cynthia Erivo would be a good example of this – excellently rounded, and with only a hint of backstory): it’s a well-judged and crafted screenplay. Their situations are also all immediately interesting or understandable, living as they mostly do in a realistically (dark) grey area of morality. Everyone here is a criminal, although with different motivations: some have violence as second nature, some are drawn to it, and some are forced into using it. As danger lurks almost anywhere, Widows remains high-octane and taut even away from the fast-moving crime scenes. There’s still the chance for a few laughs scattered throughout though, and Veronica’s appealing (if yappy) little white dog.

Solid base material for this film is provided by Lynda La Plante’s novel of the same name, already made into a successful TV drama during the 1980s. With McQueen working alongside Gillian Flynn (writer of Gone Girl) to Americanise and update the story, it seems like it would have been difficult to go wrong. The plot strands might be a little complicated, but such a stellar team ensures they are woven together neatly and satisfyingly.

Steve McQueen’s artistic talents shine through in Widows – as with his other films, he’s never afraid to get creative with his shots. In one, gangster heavy Jatemme Manning (Daniel Kaluuya) waits outside a bowling alley he’s followed Veronica to: McQueen frames his shots through the car window, and lets the camera linger on Kaluuya’s arresting eyes as he waits. (It must be said here how convincing Kaluuya is as an unhinged, terrifying gangster – his star is justifiably on the rise following his star-making turn in Get Out). In another shot, the camera is focused on the bonnet and side of the car Jack Mulligan is travelling in from a local campaigning event. As Mulligan rants away to his assistant about the state of the polls, the short journey shows the immediate contrast between the ramshackle area he’s just left and his imposing townhouse home right on the edge of the 18th Ward. 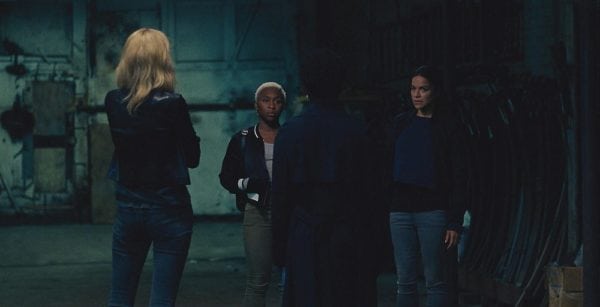 As always, McQueen has impressed here, making a slightly left-of-field choice in source material – he is certainly not a director to be tied to one genre (or art form, as a Turner Prize recipient). He also elevates what could have been a more procedural and generic thriller in another’s hands to an emotionally engaging and thought-provoking thriller. And you should expect Viola Davis to be making a(nother) splash come awards season with her multi-layered performance here as a grieving but pissed off bad ass bitch.