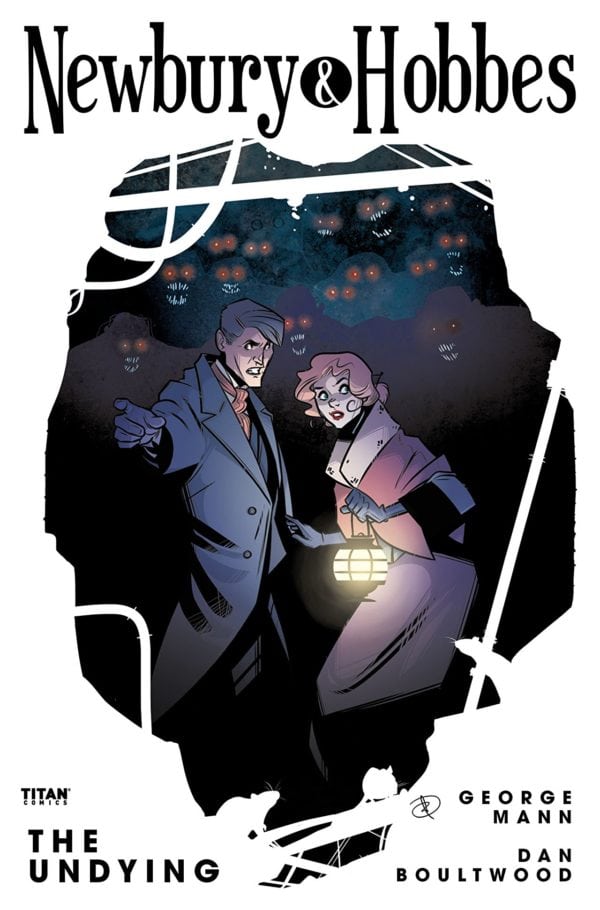 When I reviewed issue #1 of Newbury & Hobbes: The Undying, I stated that it ended on a proper cliffhanger. The next issue wasted no time getting straight into the thick of it and letting readers explore more of the the steampunk/clockwork atheistic of the reading material.

The main players of the series are picking of the pieces from the events of issue #1, with London being under attack by suicidal clockwork armies and unwitting foot soldiers. The protagonists are left venturing through the dark tunnels of their past to uncover the secrets behind the hideous creatures they have encountered.

The issue does not vary much from the boundaries of these two storylines, and the pacing here is a lot more subdued that the previous issue. Though the story is no way hindered by this change of pace, the ability to set up the rest of the series has been enhanced by this issue.

Revelations and terror drive the issue home, with a sneaky little taster of where the next issue’s direction is headed. The series is extremely interesting to a first time reader such as myself, leaving me intrigued enough to delve into the Newbury & Hobbes back catalogue to find out what I have missed.

The story did not peak past the issue #1 cliffhanger, but the setting up of the future plot has saved the issue from dropping any score.