Greg Nicotero is The Walking Dead’s executive producer, director, and special-FX makeup designer. After a stint on a number of movies across the globe (Inglorious Basterds, The Book Of Eli, Predators, and Transformers), Nicotero found himself in 2010 designing zombies for The Walking Dead. Within months he’d become the producing director on the hit show and to this date has directed more than 25 episodes of the series. 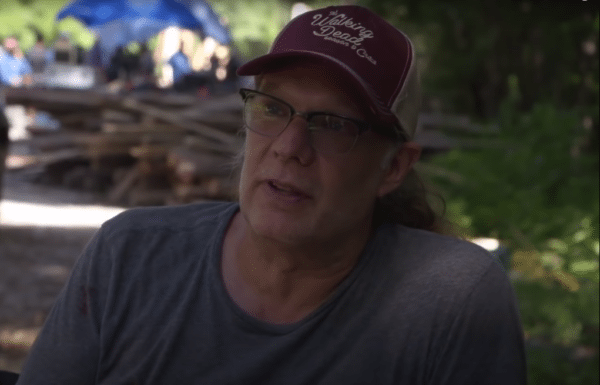 Flickering Myth had the privilege to interview him, and I had the chance to conduct it:

After nine seasons and directing over 20 episodes of The Walking Dead, how do you stay inspired? It must be challenging to keep things as fresh as you do.

Well, I’ll be really honest you. I still love the show. [To keep things fresh] we attack each season like it is our first.

They give me the premiere and the finale; they give me all the big episodes; the complicated episodes. And it’s always challenging. But each episode, I’ve directed three so far for this season, and I have one more, each episode is so dramatically different than the other that I love the challenge. I love finding those moments in the script, the moments that might not be written but are an emotional moment or emotional beat.

I also feel fortunate that I’m surrounded by a lot of great people, great actors, and film technicians. Norman [Reedus], Andy [Lincoln], and I literally talk every night during a shoot, mostly about the day’s work. I’ve never met a more dedicated group of people. Listen, after nine years, you think people will start phoning it in or show a lack of interest, but that’s not what happens on this show. We really care! We feel like we have an obligation to the fans because they’ve supported us for so long. We want to continue to do new things, and make the show feel unique. We are going back to the DNA of the show that the fans fell in love with years ago. 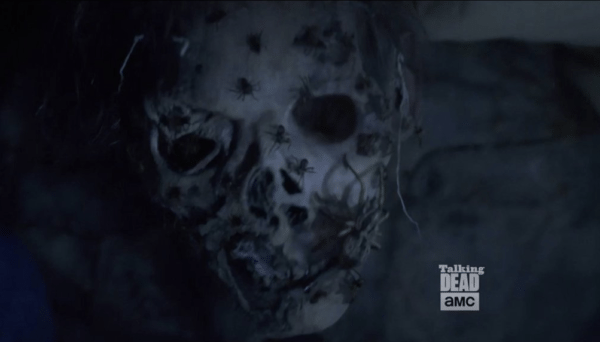 On the premiere episode, the spider-infested zombie was one of the most talked about moments. I heard that scene creeped you out. What else scares out a horror master like Greg Nicotero? Not trying to give the writers any more ammunition…

Oh man, those spiders were not my thing. We, for a split second, talked about making a dummy head of that zombie and pumping real spiders out of the eye holes. Only because I like the challenge of it; but I am so terrified of spiders that when we were designing the effect, I couldn’t even get pictures of the spiders. They freak me out.

Of course last night I had 15 of my friends emailing me pictures of spiders like assholes. But actually, that’s just the one thing that gets me. They put that one gag in there as a little nod to my arachnophobia.

And when the outline first came out, people kept asking me if I got to page 8 yet. I kept being like “what the hell is on page 8?!”, and when I got to it, I just yelled, “you assholes!” But I liked the idea that it was this old-school monster scare.

Yes! It was a classic scare, and one of the coolest things to see.

Well, thank you for that. 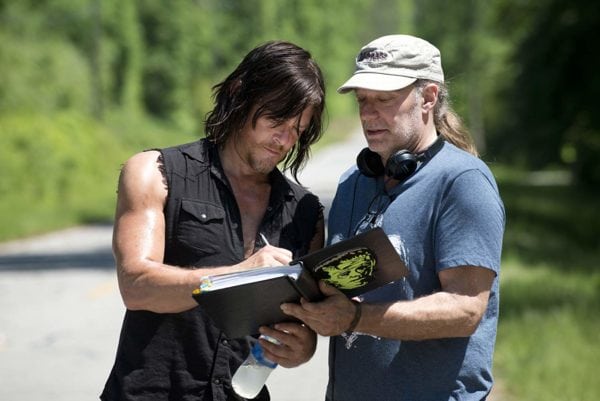 Thank you to Greg Nicotero for taking the time to answer a few questions. It was a pleasure to figure out what inspires and what scares one of the modern masters of horror.

The Walking Dead season 9 airs Sundays on AMC in the US and on Mondays at 9pm on FOX in the UK.