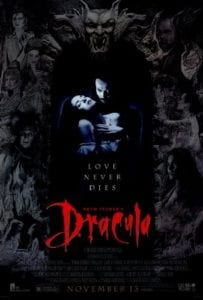 In the 15th century, Prince Vlad renounces God and calls upon the powers of darkness to grant him eternal life until he is rejoined with his late beloved princess. Centuries later, the prince reawakens as the mysterious Count Dracula, an aged bloodsucking vampire who decides to make his way to London to be reunited with the reincarnated love of his life. 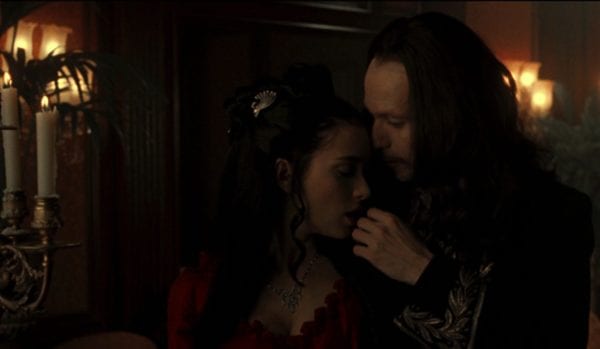 After taking a look at the iconic 1931 Universal adaption starring Bela Lugosi and the more colourful Hammer version starring Christopher Lee, it falls to one man to try and top them all as the definitive big screen version of Count Dracula. Thankfully, that man happens to be one of the greatest actors alive, the great Gary Oldman, and he not only tops his predecessors but leaps over them like a pole vaulter in Francis Ford Coppola’s extravagant and blood-drenched Bram Stoker’s Dracula.

In the title role, Gary Oldman throws himself into the part with magnificent gusto, delivering a gloriously over the top and deliciously campy performance. Adopting the classic Transylvanian accent and damn near orgasming at the taste of blood, Oldman is clearly having a ball of a time as he indulges in the most wicked parts of this evil character. Oldman also boasts what is possibly the greatest evil laugh I’ve ever heard, with it being filled with such deviousness and evil that you can’t help but laugh along with him.

The great talent of Oldman though is how he manages to balance the more campy qualities with the more human qualities, managing to present the Count at times as less of an undead monster but as a tragic broken-hearted victim. Oldman might play up the silliness at times but he knows when to dial it back, with his acting in the more emotional moments being rather haunting and subdued he wrestles with his desire to turn Mina into a vampire so they can be together but also not wishing to condemn her to the curse of eternal life.

It’s a testament to Oldman’s talents that he’s able to deliver such a multilayered performance that is both fun and silly yet also tender and sympathetic, even as some scenes feature him in rather bizarre make-up that makes him look like Emperor Palpatine’s slightly camp brother. Suffice to say, Christopher Lee used to be my favourite Dracula but now Oldman has firmly taken the top spot as my favourite Count. 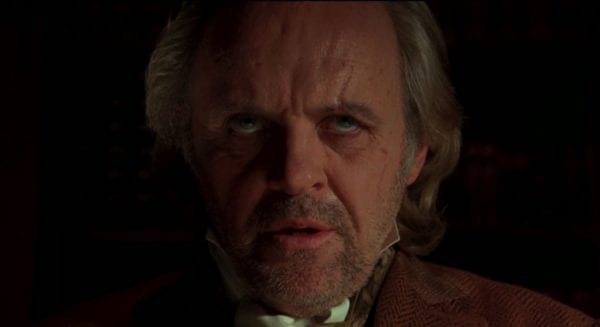 While Oldman dominates the film with his gigantic screen presence, his campiness is more than matched by Anthony Hopkins colourful turn as the Count’s nemesis Abraham Van Helsing. Hopkins portrays the character as wise and knowledgeable but also injects an air of whimsical eccentricity into the normally stoic and serious vampire hunter. It’s a performance filled with random outbursts of laughter, barely hidden sexual lust and often hilarious bluntness. Such as when asked, after killing a turned woman ‘did she feel any pain?’, Van Helsing calmly replies that ‘she was in great pain and then I cut off her head’.

While Hopkins and Oldman might be a lot of fun, the supporting cast is a bit less ludicrous with a few noticeable wobbles. Winona Ryder does an okay job in the role of Mina, the Count’s object of desire, with Ryder, largely hitting all the right notes of a love-struck young woman, although her English accent is a rather wobbly one.

We do however, have some great turns from Richard E Grant, Billy Campbell (sadly not Bruce Campbell, although wouldn’t that be a lot of fun?) and Cary Elwes as Van Helsing’s unlikely band of vampire hunters, especially Elwes as a quintessential “dear boy, old chap” aristocrat who sounds like he wouldn’t sound outof place in the company of Jacob Rees Mogg. Also keep your eyes peeled for a short but memorable appearance from singer Tom Waits as the deranged Reinfield, a part that really brings to life the bug munching madness of the character that few adaptions have before. 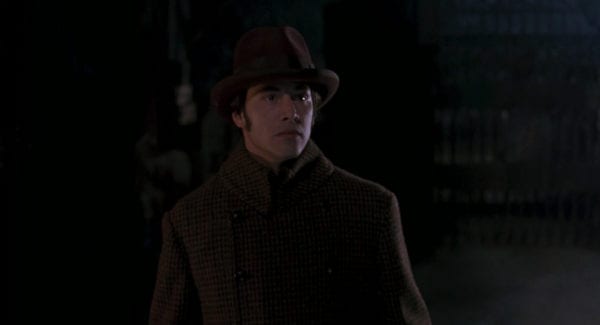 Of course, we can’t talk about the film’s acting without giving poor old Keanu Reeves a battering. I like Keanu Reeves, he’s great in Bill & Ted, he’s great in The Matrix and he’s fucking amazing in John Wick, but dear god he’s awful here. Saddled with an accent that can barely be described as of this planet, let alone English, Reeves has all the emotion range of a bucket and is left completely outgunned when up against the likes of Oldman who simply eats him alive. Although on a side note, I’d give my left leg to see a film where John Wick battles vampires. Make it happen, Reeves.

While the acting is top notch (mostly) it’s the production itself that is the real star of the film, with the sets, the cinematography, the costumes and the music being simply exquisite and suitably lavish. Dracula’s castle never loomed so large and his hair never looked so ludicrous.

I also appreciated how Coppola deliberately decided to reject computer effects entirely and instead opted to use techniques similar to those who made the previous Dracula films, for instance opting to use gorgeously painted mattes and rather innovative camera tricks that wouldn’t look out of place in the silent era. While many might praise him for his work on The Godfather, Coppola deserves more than a little praise for his work here in what is arguably his last truly great film. 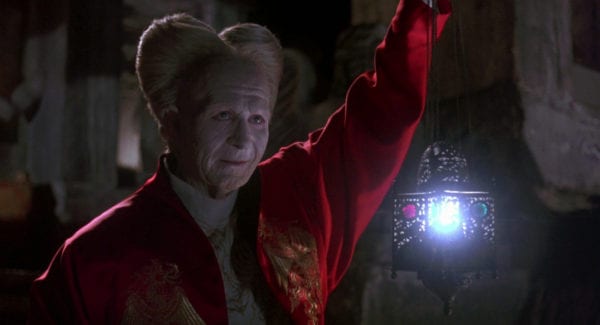 The combined factors of Coppola’s great direction, the extravagant production values and the delightfully over the top performances from Oldman and Hopkins ensure that Bram Stoker’s Dracula ranks as one of the finest and certainly most fun adaptations of Bram Stoker’s 19th-century chiller. Check it out for a bloody good time.