Rising Star Games and developer Zoink Games have announced the physical release of their critically acclaimed puzzle platformer Flipping Death on PlayStation 4 and Nintendo Switch across Europe.  A physical release is scheduled for North America on 16th October. 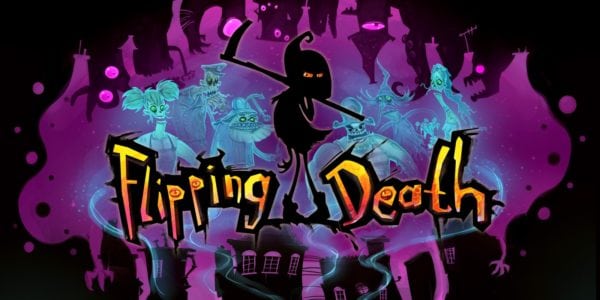 In Flipping Death our protagonist Penny dies under mysterious circumstances yet awakes and finds herself having to fill in as Death.  Penny’s new job will grant her the power to flip between the worlds of the living and the dead and players can use this ability to find out why she died.

Welcome to Flatwood Peaks, a small whimsical town with a problem – Death is on vacation. Help the ghosts with their curious problems while also solving the mystery surrounding your own demise in this new puzzling adventure from Zoink Games.

Flipping Death is available now as a physical retail release for PlayStation 4 and Nintendo Switch.