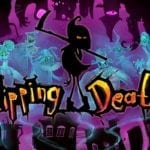 Rising Star Games and developer Zoink Games have announced the physical release of their critically acclaimed puzzle platformer Flipping Death on PlayStation 4 and Nintendo Switch across Europe.  A physical release is scheduled for North America on 16th October. In Flipping Death our protagonist Penny dies under mysterious circumstances yet awakes and finds herself having to fill in as […]