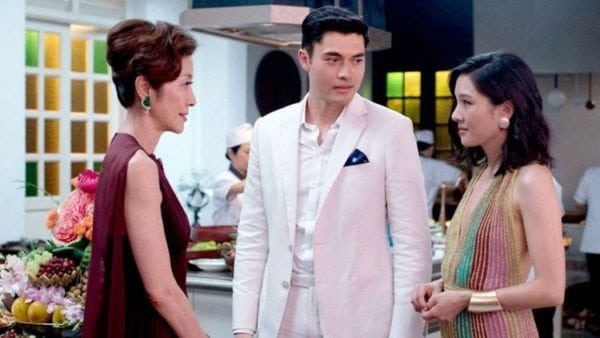 Now speaking of movies, let’s talk a little bit about Crazy Rich Asians since it is coming out on DVD soon. This was a film that, of course, marketed itself on being this milestone for the Asian community, but when you watch it it’s interesting how similar it is to other Western romcoms, though it still has that Eastern influence in the cultural aspects of the story. Given that you’re American, and you were working on a film that had a large Asian crew list, how challenging was it to find that balance between Western and Eastern cultures for the score?

We followed our leader Jon Chu, as well as Kevin Kwan who wrote the book. And I had worked with Jon before on Now You See Me 2, and what Jon wanted to do was for the movie to be a tale that is a timeless love story, but also a story of someone on the outside looking in, trying to fit into a place where they’re not necessarily wanted. This smart and beautiful middle class Asian American girl wanting to impress and make her mark in a high society in a foreign land.

It is so important that there is an all-Asian cast for a Hollywood studio film. The fact that this movie became a bona fide hit is an incredible milestone. At the same time, Jon was directing a movie that he wanted to be a great film that people could relate to from across all cultures. And he was able to do that with incredible success.

Definitely, it wasn’t only Asian audiences that made it this massive box-office success.

It had huge cross-appeal, and I’m glad that it was a success and that you and Mr. Chu were able to create a good score. And one thing I found interesting, from watching behind-the-scenes videos, was that you actually got to conduct for Crazy Rich Asians. I know this is something that composers surprisingly tend not to do, like Hans Zimmer I know doesn’t, so what is that experience like being able to be the conductor for your own music? Did you know beforehand?

Yeah, I pretty much always conduct my scores. I have been since the beginning really. It’s just something that I feel, for me, is an important aspect of it because I wrote the music, I know the movie really well, and the communication with the orchestra is direct when I’m the conductor. So it just makes the most sense to do it directly so that I can get the performances that I want. Whenever we can, unless there’s some odd circumstance, I conduct the score: and I can’t even count how many scores I’ve conducted now, probably 60.

In this case, it was really fun because it was both a classic romantic score with strings and also a jazz big band score. I was able to write old-school music, but with new themes, which never happens. I can’t even think of a movie outside of a musical that’s used a big band score in the last decade or two [laughs]. So that was a treat.

No, you’re right synthesizers have gained a lot of prime in recent decades. But wait, does this mean you conducted the scores for your video games?

Occasionally the scores that were recorded. I know I conducted parts of those, but the truth is sometimes those are recorded overseas and I can’t get over there so we have to do it remotely, which is very rare. So I would say I don’t conduct one out of 15 scores that I write, probably about that, and honestly I don’t remember which ones. I believe….no, I honestly don’t remember on those. But in most recent memory, for instance Lost Ark, I just conducted that at Abbey Road with the London Philharmonic Orchestra.

That’s fine. And I know Ubisoft has a lot of offices overseas in Europe, so it’s understandable that it would be different.

Yeah, and sometimes I just have to be in Los Angeles to do a film, or something like that, so I have to have it recorded because I can’t typically get there. That would be the only case that I have to remote it in, like you’re monitoring from here. But if I’m in the same city, yeah I’ll be conducting it [laughs]. 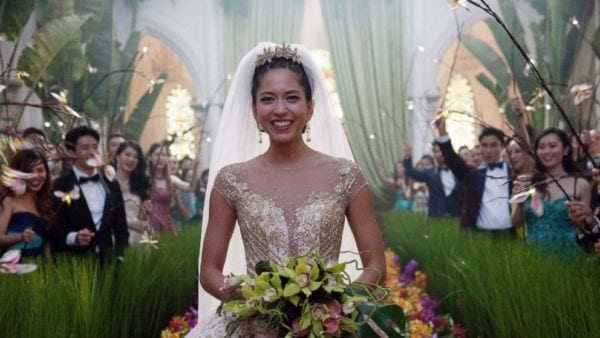 Does it change anything about the composition process knowing that you’re going to be handling the beats?

No, I’ll write it the same way however it should be written. The difference is, if I’m conducting it, it will be a more efficient process in a sense because I know the music intimately and of course an outside conductor will just be learning it. It’s almost like they’re one of the musicians and I have to bark out orders like “do this, do that, no not like that, do it like this!”

So that whole step is excised from the process when I’m conducting because it’s direct and I can just stand there at the podium and do it. And it’s a lot of fun. I’m in London an awful lot- I would say probably about half my scores I record in London, half in Los Angeles, though I’ve recorded elsewhere too in Prague and Hungary and Australia and all those places. But basically, London and Los Angeles are the two main cities, so I fly back and forth a lot from London to conduct. And I will pretty much do anything to be able to conduct; I just think it’s such an important process.

For instance, when I was recording Avengers: Age of Ultron, the night before, during set-up at Abbey Road, I broke my foot- like I jumped and tried to do some parkour move over something and landed wrong and snapped my foot in half. And I ended up the next day with a cast on massive painkillers conducting the London Philharmonic Orchestra at Abbey Road for Avengers. That’s how much I don’t want to let it go. I’ll do it, even when I break my leg [laughs].

[laughs] No, that’s nice to hear. And by the way I’m glad that the concert went well in London [editor’s note- Brian Tyler had a concert with the London Philharmonic Orchestra the week before this interview].

Oh, that was amazing, yeah.

My last question is, what are three pieces of music that have had the greatest influence on you as a composer? They can be a band album, film score, video game OST, anything.

Oh gosh. Let me think here, how can I narrow this down? I always get stuck in these influence questions because there’s so much. I’m going to say the score for Vertigo by Bernard Herrmann, pretty much any Radiohead album, and probably the original Star Wars score by John Williams. But I mean, that is really a tough question [laughs].

No, I understand that composers take in things daily.

Yeah, it’s very sad because I love listening to everything from pretty much the run of the gamut: electronics to industrial to hip hop to jazz to rock to metal. So it’s interesting!

I agree. But thank you once again Mr. Tyler for taking the time out of your day to speak with me. It’s been an amazing opportunity to talk to you sir.

Flickering Myth would like to thank Mr. Tyler for sitting down with us. Crazy Rich Asians will be out on DVD and Blu-ray on November 20th, 2018.

Special thanks to Jeff Sanderson of Chase PR for making this interview possible!