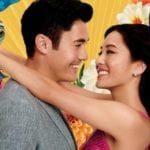 Red Stewart chats with Brian Tyler about Crazy Rich Asians…. Brian Tyler is an American composer who has been working in the film, television, and video game industries since the late-1990s. He is best known for his compositions for projects like Law Abiding Citizen, Assassin’s Creed IV: Black Flag, The Fast and the Furious franchise, and Crazy Rich Asians. Flickering […]

Sean Wilson reviews Iron Man 3 composer Brian Tyler’s sensational London concert… What does it take to an endure as a successful film composer in the 21st century? The answer, if you’re Brian Tyler, is versatility – and a lot of energy. Making his concert debut at London’s Royal Festival Hall on Saturday night, the […]

With a little less than five months to go before its release, Marvel Studios has launched the official website for Joss Whedon’s eagerly-anticipated superhero team-up Avengers: Age of Ultron, which you can find here. The site is pretty much devoid of content at present, barring a possible snippet of composer Brian Tyler’s (Thor: The Dark […]