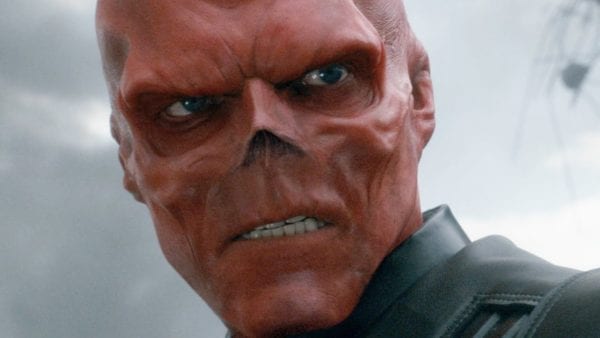 The Red Skull made a surprise return to the Marvel Cinematic Universe this year with the Captain America: The First Avenger villain popping up in Avengers: Infinity War as the Stonekeeper, guardian of the Soul Stone on Vormir.

The character was originally played by Hugo Weaving in The First Avenger, but the role was recast for Infinity War, with The Walking Dead’s Ross Marquand portraying the former Hydra leader.

However, during an Infinity War screening and Q&A held by Collider last night, directors Anthony and Joe Russo revealed that Weaving was offered the chance to return – an opportunity he presumably rejected.

Hugo Weaving was asked to return to reprise Red Skull, that’s all the Russo Brothers would say. The Soul stone was the last stone in writing for them to come up with.

Despite having a multi-picture deal, Weaving had previously gone on record to state that a Marvel return was “not something I would want to do again”, so his absence from Infinity War certainly wasn’t a shock – nor was it detrimental from the scene.