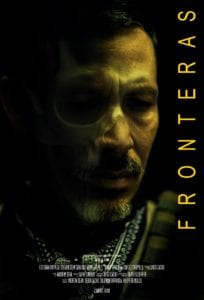 A Hispanic Border Patrol Agent has his morals challenged when a dangerous new narcotic sweeps through the South West. 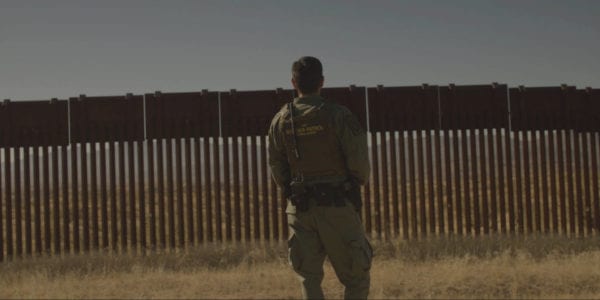 In all honesty, Fronteras is the sequel to Sicario we all deserved. Taking nothing away from 2018’s Sicario: Day of the Soldado, but what this film achieves from its small budget and relativity new crew makes it feel like more of a cinematic accomplishment, something closer to what the masterful Denis Villeneuve went for in his 2015 feature. The only reason I have to bring up that movie in regards to Fronteras is the comparisons to vibe and story. But that is only a surface level complaint as this film goes for something a bit different regarding themes and emotion.

The story follows with Reyes, a Hispanic U.S. Border Patrol Agent, as he tries to find a balance between his growing conscience and his duty to protect what he believes is right. From the opening scene, you see the conflict and completely understand where this character is coming from with his mortality struggle. The film opens with Reyes and his partner patrolling and coming across a couple trying to cross into the country. While Reyes attempts to calm the woman down, the husband comes up behind him with a knife. If it weren’t for his partner shooting the man, Reyes would’ve died. A quick and straightforward moment that completely encapsulates Reyes and his struggles throughout the entire film. It sadly only gets much worse from here.

When a new deadly narcotic makes its way through the South Western part of the United States, Reyes is tasked with attempting to stop its spread. He joins Ivan Solane and his team, which aren’t the friendliest bunch of men, and they start their mission to crack down on immigration and trafficking. This moment is where Reyes’ life gets complicated as these men push him to do things he wouldn’t usually do, along with his overall feelings about being a man of color in this type of industry. All of this feels like a story that needs to be told and not as over-the-top as some of its film peers. 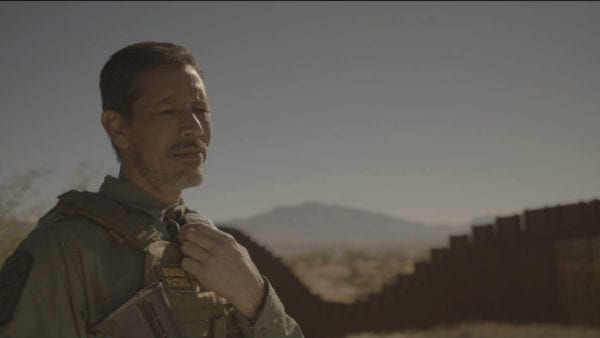 One of the most apparent issues is the film’s runtime and the overall pacing of Fronteras. When elements of the movie work, they stick with you. But the moment things start to slow down, or certain scenes go on a bit longer than needed, it drags a bit much. Shortening some moments or just removing some of the fluff, something a bit more editing would’ve done, could’ve done wonders. The surprising simplicity of this story and the lack of distractions along the way help this film feel stronger when some of the negatives begin to poke through. With some trimming in the edit as mentioned above, that strong story had the chance to make this go above and beyond a typical independent movie. Everything else shines so brightly, but the editing is the most obvious tell that this film isn’t exactly up to par with the more significant films.

Thankfully the skilled group of actors made being in the scenes a pleasure, as each of the characters and their actors in this film made even the most brutal moment something you want to join. Esteban Sonny Oropeza and Steven Sean Garland both share the honor of having the most memorable performances, with both men putting in some phenomenal work. Garland’s Ivan Sloane oozes sleaze and gives you a bad feeling the moment he enters Fronteras. It doesn’t help his first line in the film is some racist remark, but still, Steven Sean Garland’s performance is that type of guy you love to hate. Oropeza, on the other hand, adds some complexity to his work that causes you to overlook some weaker moments earlier in the film. It’s almost as if the actor grows as the character does, something the director Andrew Dean and actor Esteban Sonny Oropeza could’ve done by happy accident. 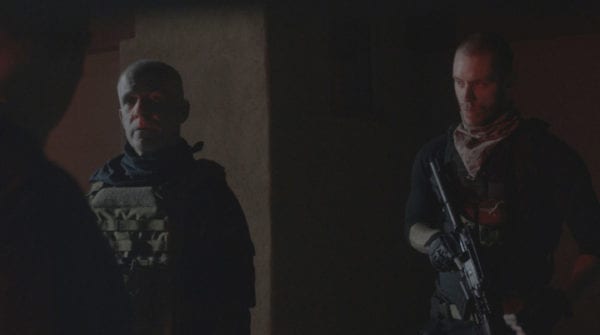 If I had to compare anything about Fronteras to Sicario, it would be the cinematography and the overall look of this film. Maybe production lucked out with a great location, but there were times where I wanted the on-screen action go away so I could stare at the beautiful setting. The way the camera moved around characters, letting them bask in the hot desert sunlight, felt masterful and elevated the whole film experience. With independent films, the aesthetic of the film is the first thing to give the budget or inexperience away. Thankfully cinematographer Diego Cacho worked harder to make the look of this piece something noteworthy and comparable to other films but in the best way possible.

Overall, that’s an excellent way to describe this film experience. Fronteras is familair, but in a good way. It doesn’t break new ground and feels like the film had some apparent inspirations from the genre, and that isn’t a negative in any way. The best movies are homages or at least have similarities to the films that came before it, think about how Tarantino has made a career off of his love of the work that came before his. That’s what this movie is like; you can feel the love of filmmaking and the action genre in Fronteras. Even when the weaker moments poke through, it almost adds to the charm and “love letter” approach to a film like this.