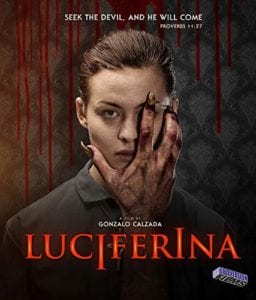 Natalia, a novice nun, leaves her convent to return home to visit her dying father. While there, she is persuaded to join her sister and her group of friends on a trip to a remote island in search of a mystical plant with the power to heal the soul. But there’s terror in tranquillity, as something very sinister awaits their arrival.

Written and directed by Gonzalo Calzada – a celebrated auteur of all things macabre in his native Argentina – and coming off the back of his domestic record-breaker Resurrection, Luciferina is a horror film that keeps its cards close to the chest of convention.

The initial set-up, one soaked in lukewarm familiarity, sees a virginal protagonist (Del Tuffo) – previously shielded from the temptations of early adulthood – travel home to a family torn apart by death and riddled with dysfunction. A patchy relationship with an estranged sister (Sánchez) resurrects memories of a painful past – and implies motive for Natalia’s choice of vocation – but the chance for reconnection (and redemption) presents itself in the form of a venture to the jungle and an abandoned nunnery (all the cabin in the woods were fully booked, apparently) to dabble in all manner of drug rituals and devilish dealings.

Like many of the genre heavyweights, this is a film centred around journeys. Pilgrimages both physical and spiritual are intertwined as our gaggle of conventionally-cut teens leave behind a life of University buildings and creepy attics for the dense, untameable unknown that harbours demons from the deepest, darkest recesses of their psyche. As such, the setting gradually becomes a metaphor for the wild subconscious, as a patient, brooding first hour slithers toward the realms of psycho-spiritual nightmare, with Calzada throwing in a handful of nifty jump scares amidst his odyssey of adolescent sexual awakening. 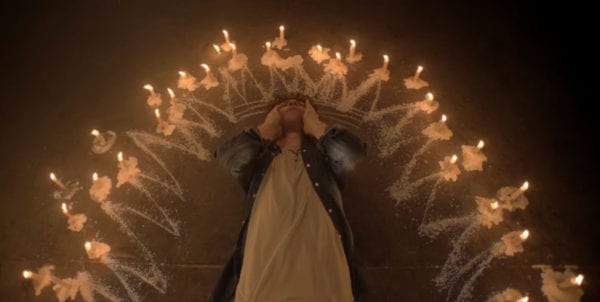 And on its first half showing, it’s easy to see that Luciferina’s director is a dedicated student of the genre. Shades of Sam Raimi’s Evil Dead, The Exorcist, and Polanski’s Rosemary’s Baby permeate throughout as Calzada’s astute handling of binary confliction – reality and fantasy; God and the Devil; faith and desire – showcases his sound grasp of what makes a horror film work: a terror born from very real, human issues.

It seems strange then, that after taking the time to weave a narrative of such layered, intriguing subplots, Calzada appears to throw all trace of ambiguity out the window as soon as the characters’ phone signal inevitably becomes a bit shoddy.

From there, suggestiveness turns to explicitness as Luciferina abandons narrative structure in favour of clunky transitions between a series of gruesome set-pieces that eventually lead to an overly long climax that feels altogether unnecessary. One notably grisly sequence – a blood-soaked satanic sacrifice that escalates into what would quite possibly be the worst ever episode of One Born Every Minute – confirms the film’s descent into the depths of a gore-drenched 80’s B-movie video nasty.

Aside from its cleverly oppositional central sibling pairing, most of Luciferina’s characters remain disappointingly one-note. There are those destined to be little more than subjects for the special-effects folk to get creative on, and those – namely, the dastardly Mauro (Donovan) – there to maintain a sense of threat in the film’s more low-key moments. This is most certainly a case of the bark being significantly more effective than the bite. 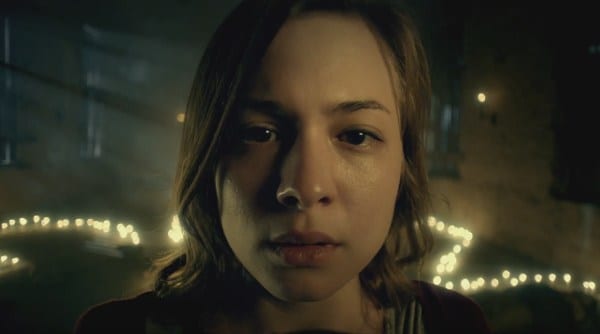 Scour the film’s end credits and one will notice that Luciferina covers only one of a trilogy entitled ‘the Trinity of Virgins’. Perhaps there is more to come; but on this showing alone – despite a craftmanship clearly steeped in adoration for the horror genre – the bar has been set fairly low.