Cris Velasco is an American composer who has been working in the video game, television, and film industries since the early-2000s. He is best known for his compositions for games like Jericho, Borderlands, and Bloodborne. 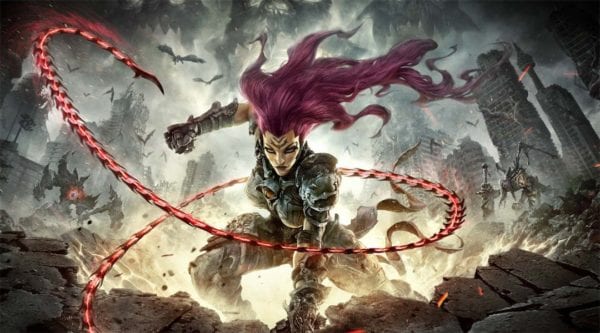 Flickering Myth had the privilege to talk to him about his work on Darksiders III and Fortnite, and I in turn had the honor to conduct it:

Darksiders has always drawn heavily on the Abrahamic religions for its story and mythos, and Darksiders III is no exception to that with the main plot being the confrontation and destruction of the 7 Deadly Sins. For your score for Darksiders III, did you draw upon church music or other religious sounds to help formulate the sound? Or was it independent of those influences?

For the most part, all the music in Darksiders III is a purely original sound. I was inspired by the creativity of the world that the studio Gunfire Games has developed, and the amazing design of all the creatures and bosses. The music of Fury is always accompanied by a slight world music vibe. It’s aggressive and seductive at the same time. This is thanks to two of my favorite musicians – Azam Ali as the solo vocalist, and Loga Torkian on a variety of plucked and bowed string instruments. They gave my score a unique flavor and I’m so happy to have been able to work with them!

Each of the Sins also needed their own sound: Wrath has its enormous percussion ensemble and aggressive choir; Lust was given its unique voice as a demented waltz that included moaning and sighs by vocalist Laura Intravia, and Gluttony was a rather minimalist approach with a steady build of polychords to give it a disturbing sense of unavoidable doom. The only Sin that drew upon any kind of sacred music was Pride. She was represented as an angel, so it felt appropriate to incorporate some pipe organ and Baroque-like contrapuntal writing. It was nice to draw upon some of my old music theory and fugue studies on this one!

You recently did work for Fornite’s Season 7. I know that you’ve done DLCs in the past, like with Assassin’s Creed Unity’s Dead Kings. Outside of, of course, the lower workload, what are some differences between scoring for DLC versus the main game? Were you obligated to stay within the musical template for Fortnite that was established by other composers Rom Di Prisco and Pinar Toprak?

Scoring any kind of DLC can actually be a bigger challenge than scoring the full game due to the schedule. I wrote, revised, recorded, and mixed the whole Fortnite Season 7 score in one week. Same thing with Assassin’s Creed Dead Kings. On Season 7 of Fortnite, I was writing for the first ever boss fight they’ve had. So the music was purely my own. I was able to introduce a new theme for the Storm King and also a new “hero” theme.

The one original theme I did revisit, though, was the victory theme when you’ve completed the game. I was asked to borrowed a bit from what Marco Beltrami did and then mixed it with my own motif as well. We wanted it to sound familiar yet new. Tackling such a huge franchise like this is so thrilling. I’m really honored that Epic trusted me with their baby, and gave me the means to record the score with Cinema Scoring in Los Angeles. 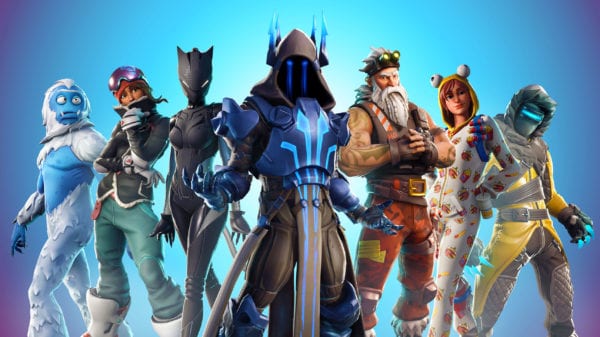 I noticed that, for most of your big scores, you’ve been one of multiple composers for the game, whether it was God of War or Borderlands II. Is this done to save production time by dividing all the needed music among several musicians? And do you actually collaborate with any of the other composers, or is everyone isolated?

I think they’re in the minority actually. I’ve written for around 150 game titles now, and only a few of them have been with other composers. I guess some of the bigger titles like God of War, Mass Effect, and Bloodborne have had multiple composers though. Sometimes that’s a specific creative decision by the developer to get varying styles of music in the same project. Other times, it’s due to too much music needed in a specific amount of time. Generally, you’re isolated from the other composers in both of these scenarios.

I’ve always wondered, for a video game, who is the main person you follow for the music direction- is it the game director, audio director, or lead programmer?

If the developer is big enough to employ an audio director, they are always my point of contact. Otherwise, it could be anyone. In those situations, it’s always a good idea to find out who is making the final decisions and try to report directly to them.

I was interested to read that you always wanted to compose for video games. What was the motivation behind that career decision? Was it inspired by your own life as a gamer?

I always had the impression that games would allow me a wider margin of creative freedom in my music. So far, that’s been pretty accurate. I do love working on films and television, but games have been very creatively fulfilling for me. And since the deadlines tend to be quite long, I’m generally able to work on multiple projects at the same time. That means I can write fantasy music one day, horror the next, and not ever feel burnt out on one particular style.

Your style for most games is best described as a grand orchestral sound. However, I remember reading in an interview you did where you said that you modernized the music for Darksiders III by intermixing synths. Would you say that, because of the sheer prominence of electronic music, that it is impossible to create a modern sound with just orchestra?

The way composers write for orchestra changes all the time. If Bach would have heard the music of Beethoven, he’d think it was quite revolutionary and modern. Same thing if Beethoven then heard Stravinsky. So no, I think that a modern sound can always be achieved with pure orchestra. However, adding synths to complement the orchestra is so commonplace now, that it’s almost become a standard orchestral color. 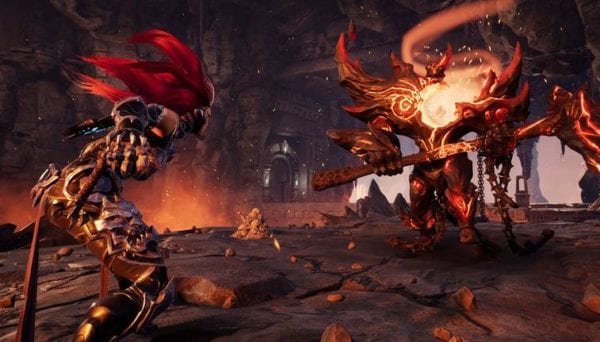 You’ve done a variety of genres, from shooters like Mass Effect 3 to hack-and-slash like Darksiders. How hard is it to accommodate, in your score, the different play styles generated by the different gameplay mechanics of these titles? Because I know that video game composers, at least for AAA titles, have to take into account modulations generated by the player moving from location to location or switching actions suddenly.

Luckily for me, that’s mostly the job of the audio director. They’re generally the ones that implement the music into the game. I’ll come up with a variety of different layers for each cue, from ambient to heavy combat (plus a healthy dose of stingers to help cover transitions), and the music engine will take care of the rest. I’d probably recommend composers starting out in the indie world to learn some of this middleware though. There’s a good chance a project will require you to implement his/her own score. I’m just fortunate to be working on titles where my sole job is writing music.

Which do you think is more important for player immersion: character/location themes or atmospheric music? How do you balance both while writing for a game?

If done well, I think that all the audio is important. It’s a fine line though of being a well-written soundtrack that enhances the game, or being overbearing and becoming distracting or irritating. Game music generally loops. You’ll hear the same piece over and over again. That alone is the biggest challenge of writing for games. The one technique I’ve developed to prevent a repetitive score is once I’ve written a cue, I’ll let it loop for at least 10 minutes while I walk around and do other things in the studio. It’s giving the music unfocused attention, similar to how I might experience it in the game. If anything ever sticks out too much and catches my ear in a bad way, I’ll revise or take it out.

How often do you get to conduct your own scores? How important is it to you?

I never conduct my own music any more. I used to, and it’s definitely an experience that all composers should try, but I find that I can listen to my score much more effectively if I’m in the booth.

What are three pieces of music that have had the greatest impact on you as a composer? They can be band album, music score, video game OST, anything.

Special thanks to Greg O’Connor-Read of Top Dollar PR for making this interview possible!