Back in November of 2016 it was announced that John Wick director Chad Stahelski had signed on to bring Lionsgate’s long-planned Highlander remake to life. Since then, Stahelski has found himself back behind the camera for John Wick: Chapter 2 and the upcoming John Wick: Chapter 3, with several other projects added to his slate including an adaptation of the comic book series Kill or Be Killed and the John Wick TV spinoff The Continental. However, despite his hectic schedule, it seems the stunt performer turned filmmaker is still very keen on relaunching the Highlander franchise, with Stahelski telling EW:

“Right now, I’m very interested in doing the Highlander property. It’s scarily similar to John Wick. There’s a great mythology, it’s got an action-design challenge. What would a guy really be like after 500 years of practicing sword-work? I’m still a stunt guy at heart. You want to reinvent gunfights, how do you do it? You want to reinvent swordfighting, how do you do it? And that’s where we are at now. I love the first Highlander and I think I’m in a pretty good spot. The creative team, the producers and the studio that’s behind it have kind of said, ‘It’s yours to play with.’”

Lionsgate has been attempting to get the Highlander remake off the ground for 10 years now, with Justin Lin (Star Trek Beyond), Juan Carlos Fresnadillo (28 Weeks Later) and Cedric Nicolas-Troyan (The Huntsman: Winter’s War) all attached to direct at various points.

The last update came back in March of this year, when it was reported that Lionsgate is “extremely pleased” with the latest draft of the script by Ryan Condal (Colony) and the studio is ready to give the project the green light. Presumably, the ball is now in Stahelski’s court. 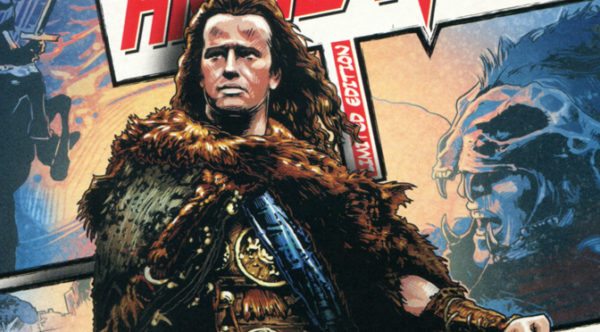