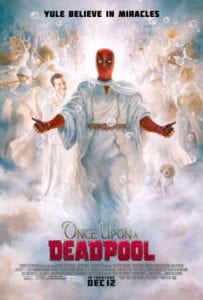 “To kick off the holiday season audiences of almost all ages will soon be able to enjoy the Merc with the Mouth’s reimagining of Deadpool 2 filtered through the prism of childlike innocence.” 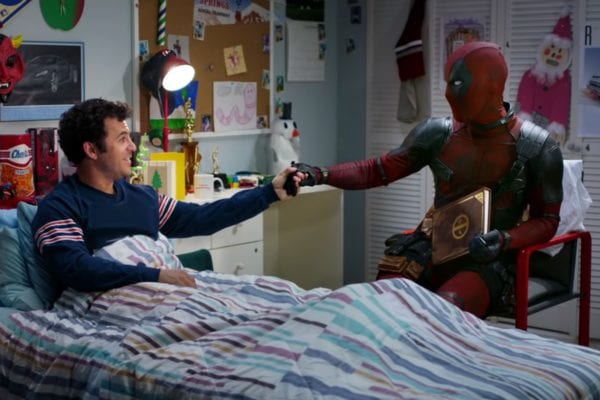 Ho! Ho! Ho! Wait, can you get away with that in PG-13 rating? If Once Upon a Deadpool is anything to go by, it seems like you can get away with quite a bit of insanity. Yes, the once-graphic Rated R superhero film tries to lessen the violence and language in a fun attempt at making the film more family-friendly. This new retelling of Deadpool 2 not only gains a new younger audience, but it finds a way to make a cash-grab seem like something more. Take note other studios; this is how you do a project like this!

Reviewing the entire film again would be redundant. If you’ve seen Deadpool 2 once, you get the overall plot of the movie. Wade Wilson, also known as Deadpool, joins forces with an unlikely team as he tries to stop time-traveling Cable from killing a young mutant named Russell. But in Once Upon a Deadpool, they take a Princess Bride approach with Deadpool reading the story of the film to an unsuspecting Fred Savage. This gimmick is a very obvious callback to the 1987 film where Savage plays a young boy getting the movie’s story read to him; just this time, his grandpa is a psychotic, Nickelback-loving mercenary. The opening exchange between the pair is downright hilarious with Savage and Reynolds having amazing on-screen chemistry with each other. It almost makes you wish the filmmakers took this approach with the original cut as it brings an entirely new and fresh element to how you craft a superhero film. 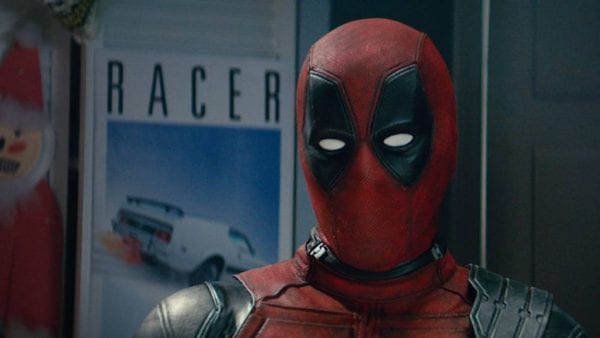 Before going into the movie, many questioned if it was even possible to do a Deadpool movie without the R-rating. While I believe the R-rating is perfect for this type of film, this new cut of the film does prove the film can stand up on its own without all the intense gore and harsh language. Once Upon a Deadpool even finds a hilarious and fourth-wall breaking way to mock the need to “bleep” out the bad words; the scene where Deadpool bleeps out certain words from Fred Savage’s monologue about fighting Matt Damon is genuinely hilarious and one of the best moments from either cut of the piece. The absence of gore is probably the most noticeable change, as many of the original scenes feel a little less impactful without the blood splatter. Maybe if the film weren’t initially very graphic, it wouldn’t feel so obviously removed, but you can’t help but notice that something is missing. If you saw Deadpool 2 though, you know the action scenes are still fairly impressive, even without buckets of blood.

The only real negative about Once Upon a Deadpool is the new version of the film doesn’t flow as smoothly as the original. Whereas Deadpool 2 tells the story in a cohesive and relatively streamlined manner, this new cut dramatically pauses the action to jump back to the Fred Savage/Deadpool segments. Sometimes it works; like Savage’s reaction to Deadpool getting torn in half. Other times though, it either halts a great scene to make a quick joke or takes away time from something in the original version. The entire Vanessa and Wade love story takes a backseat in this film so that they have more time for a joke or two. Usually, it wouldn’t bother me, but the love story already lacked some impact so taking away from it more almost made it feel pointless. 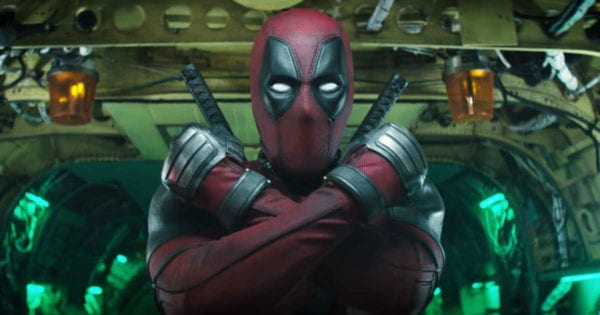 Is Once Upon a Deadpool worth the viewing? If you have small children that are clamoring to see this movie, then this is perfect. If you are a big fan of Deadpool 2 and want a little holiday treat, then treat yourself to this! But for anyone else, this version of the film is just more of the same with an extra touch of Fred Savage added to the mix. Disney wanted to test out the waters with a PG-13 version of the character, and it seems like the test run was a success. Next time though, start with the PG-13 and please bring Fred Savage in from the start!