Disney-Pixar has released another poster for the animated sequel Toy Story 4 which reveals a new look for Bo Peep; take a look here… 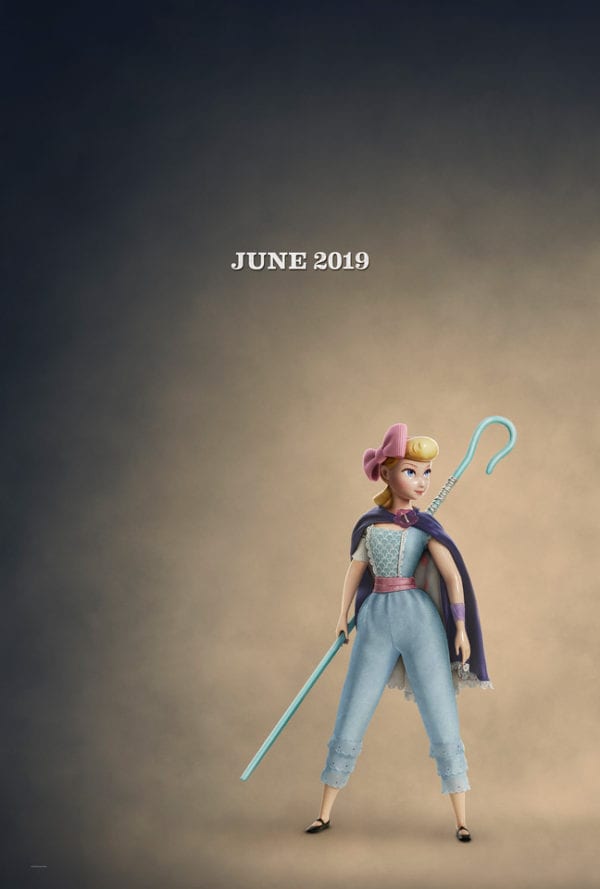 In addition to the release of the posted, director Josh Cooley and voice actor Annie Potts discussed how Bo Peep has changed in the hotly-anticipated fourth instalment of the beloved animated franchise.

“Bo’s taken control of her own destiny,” said director Josh Cooley. “While Woody was watching Andy grow up, Bo gathered dust until she took it upon herself to head out into the world. And when Woody shows up, they can’t believe that they’ve found each other again.”

“She is modern, independent, capable and confident,” added Potts. “Bo is written and conceived to be inspiring as she has weathered life’s ups and downs with grace. I aspire to that.”