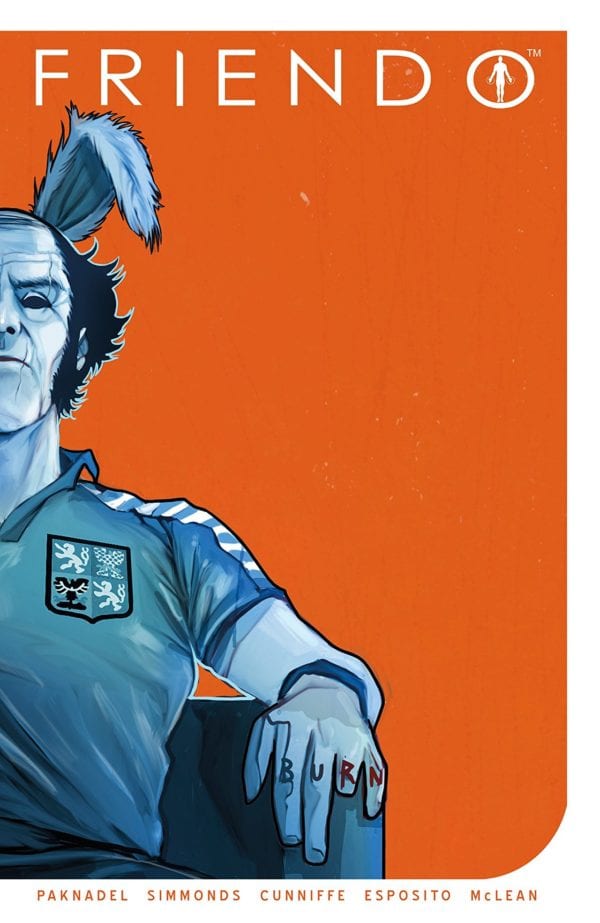 Leo and his AR Friendo Jerry have decided that since rock bottom is the current destination they might as well just rob a store and claim back part of Leo’s ruined childhood. A series of expected events occur and the punishment for Leo is ….. well nothing; Jerry on the other hand will never quite be the same AR hologram ever again.

Leo is saved from police custody by a woman who gets him off without charges, and not only this but she also offers him a job and a car. Leo’s luck is certainly turning around, but the disturbing scenes in the second half of this issue certainly do show a change in tone and pace. I have a feeling from this point out, we are no longer in Kansas.

This bizarre tale certainly kicks up a few gears in the latter half of the issue, where the main character Leo is hardly even present. Though with some extremely sinister figures emerging from the background it is going to be hard to predict where and what the hell actually happens next. With the insane new cast of characters, it’s not even worth  trying to imagine what is going to go down in issue #4, yet I am compelled to find out what happens next.