Activision and Treyarch have announced that gamers will be able to play, Blackout, Call of Duty: Black Ops 4’s popular Battle Royale mode, for free on Xbox One, Playstation 4 and PC.  The Blackout Free Trial will start this Thursday and run for one week.  A new trailer for the free trial week can be seen below. 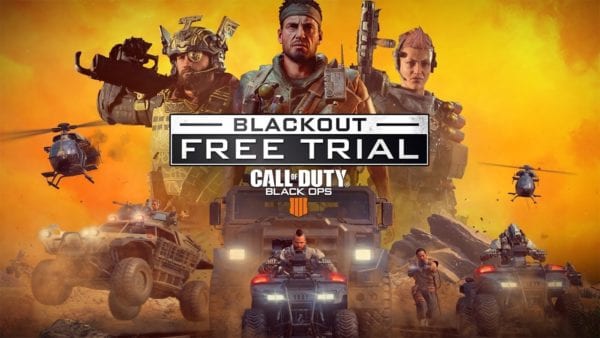 During the Blackout Free Trial week, players will be able to experience all the exciting action of Black Ops 4’s battle royale mode that brings together all the characters, locations and weaponry from across the series of games.

As well as this great news, Treyarch has also released a new update today on consoles.  The new features of the update include:

PC gamers will be able to get their hands on the update later this week.

Be sure to take advantage of the Blackout Free Trial starting this Thursday on all platforms.