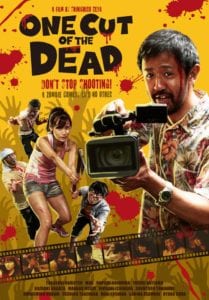 Things go badly for a hack director and film crew shooting a low budget zombie movie in an abandoned WWII Japanese facility when they are attacked by real zombies. 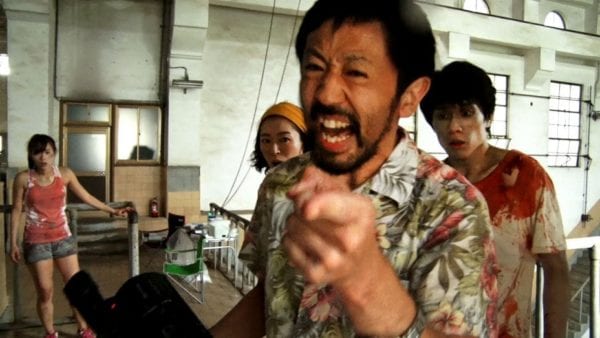 As some of you will probably know, One Cut of the Dead is named so because it opens with a thirty-something minute zombie themed one-shot. Shooting thirty minutes of anything in one take is impressive, and shooting something as chaotic as a zombie movie in one take is even more impressive. However, despite this being the film’s marketing hook, what comes after it is even better.

The film opens with a disgruntled director (Takayuki Hamatsu) berating his actors for being incompetent. They’ve had more than goes takes at one scene alone, but the director’s venom still seems harsh, though its not half as bad as what’s about to come. After he storms off, the actors kill some time by learning self-defence and shooting the shit, while what is apparently the behind-the-scenes camera operator rolls on. Their interactions are often awkward, and audiences may get a sense that they’re watching an amateurish theatre production. This scene, however, is actually one of the first seeds to bloom into something much better, later in the film. 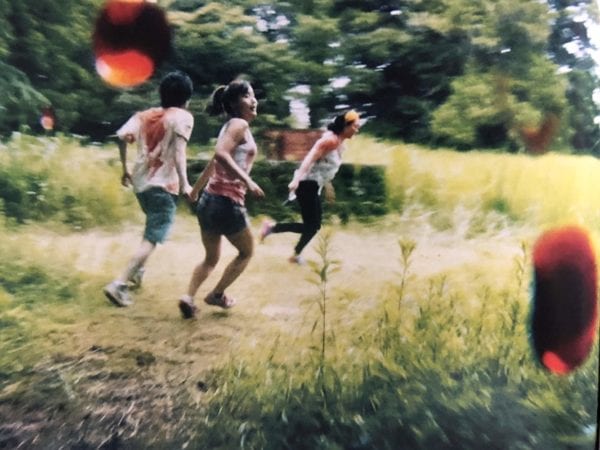 It’s at about this time that the zombies show up. Real ones, out for the actors’ blood. Panic ensues, as do several chase scenes, and the director is revealed to have orchestrated the reincarnation of the dead in an attempt to bring some authenticity to his film. The behind-the-scenes camera rolls on, capturing the chaos, and bears witness to the director’s dastardly plan. After plenty of blood and mayhem, the film draws to a close, the credits roll, and the audience is left with a big ol’ horror cliché ending. Cut to black. 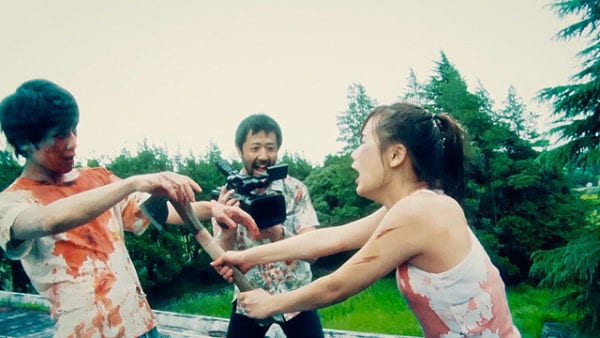 I won’t say what happens after the one-shot, as it’s better that audiences find out for themselves, but I will say that this is where the fun really begins. Granted, the immediate aftermath of the one-shot lulls somewhat as the audience is taken from a frantic zombie movie to something much calmer, but the film soon picks up pace again, weaving the one-shot into a new narrative in a way evocative of detective thrillers or even, oddly enough, well-structured stand-up comedy.  The seeds planted in the one-shot come to bear fruit far more delicious than the slick camerawork on display in the opening act, and by the end, the film is not so much about zombies as it is about relationships, obsession, and context.

One Cut of the Dead looks to have a fairly limited release in the UK, so go and see it as soon as you can. It’s ferociously original, and something that can be enjoyed by even those not so keen on horror.