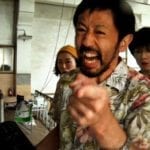 Ahead of its limited US release next month, a trailer has arrived online for writer-director Shin’ichiro Ueda’s Japanese zombie comedy horror One Cut of the Dead which sees a group of filmmakers coming under attack from the walking dead when shooting a low budget movie in an abandoned WWII facility; check it out below… SEE […] 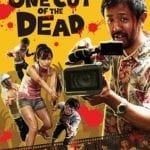 One Cut of the Dead, 2017. Directed by Shin’ichirô Ueda. Starring Takayuki Hamatsu, Yuzuki Akiyama, Harumi Shuhama, Kazuaki Nagaya. SYNOPSIS: A film crew making a zombie movie in an abandoned World War II facility are attacked by real zombies. They say you know a genre has peaked when the parodies start appearing. In the case […] 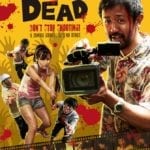 One Cut of the Dead, 2018. Directed by Shin’ichirô Ueda. Starring Yuzuki Akiyama, Takuya Fujimura, Ayana Gôda, Takayuki Hamatsu and Manabu Hosoi. SYNOPSIS: Things go badly for a hack director and film crew shooting a low budget zombie movie in an abandoned WWII Japanese facility when they are attacked by real zombies. As some of […] 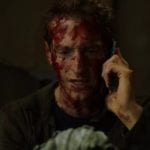 The Leeds International Film Festival plays annual host to an overnight horror marathon, Night of the Dead, in which 300-ish gorehounds gather inside Leeds’ historic Hyde Park Picture House to hunker down with the latest and “greatest” in cult horror gems. 2018 marked the 18th Night of the Dead all-nighter, and it’s my 9th time […]