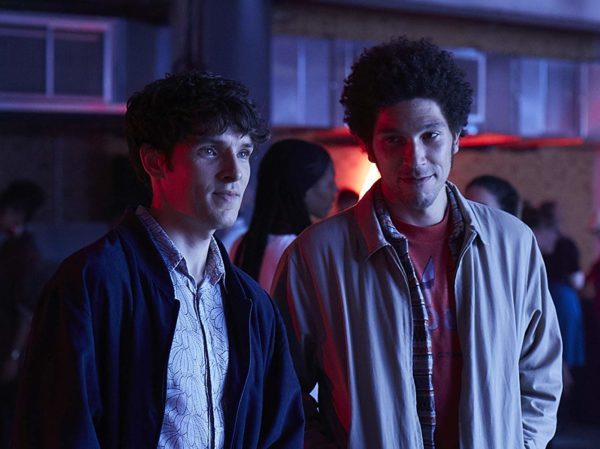 A young, aggressively anxious filmmaker navigates his way through a burgeoning relationship as he battles with his own personality. 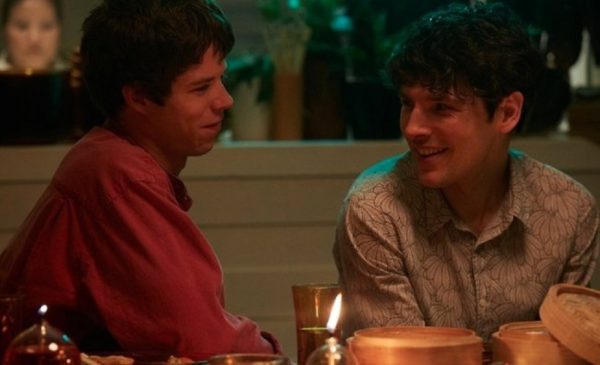 Films are often segregated by their sexual orientation. Look at Netflix and Sky Movies, you can categorise your searches by “Gay/Lesbian Films” or “LGBTQ”. Simon Amstell, the comedian-turned-director of Benjamin, says he doesn’t see himself as a “queer comedian”, he’s just a comedian. In that spirit, his debut film, despite having a homosexual relationship at its heart, doesn’t allude to or contrive drama out of his characters’ sexualities alone – the conflicts are rooted within their colliding emotions, and it’s incredibly refreshing.

How much of the feature is based on Amstell’s own coming-of-age to becoming a “real boy” isn’t exactly confirmed, but the situational cringe is so astute, it can only have come from a place of honesty. The film opens within a confined aspect ratio, showing a couple arguing about their intimate frustrations. It’s funny but too try-hard, then, sigh of relief, Amstell pulls out – it was a film within a film. Benjamin (Colin Morgan), the director and writer, is watching with his producer prior to its festival premiere. He’s pushing for more scenes of a monk, and Tessa (Anna Chancellor) is clearly opposed.

Morgan is the film’s nervous soul, and the opening scenes which acquaint you with his untameable motormouth, shifty demeanour and internal pressure are rather charming (he says he’d be happy just making one great film and living with that legacy, “ideally I’d have made that film and died”). There’s also his solemn side, shown through emotionally meandering bus rides and sitting aimlessly at home, relatably indulging in a love-deprived bout of ice-cream smothered gluttony. 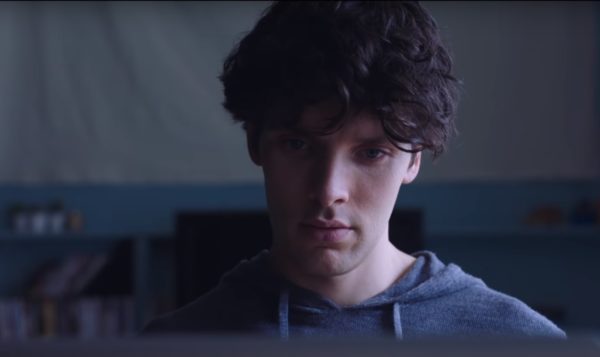 On a fateful night out, he meets Noah (Phénix Brossard), a handsome lead singer who sparks up a cutesy rapport with Colin. From here, the pair begin their love story, enjoying such delicacies as magic mushrooms and porridge. They bounce off each other well, Brossard having the sensibilities of the cool, mysterious kid, and Morgan drawing out empathy in every scene – one of the qualities the director said swayed him to pick the actor.

Coming from sitcom writing, Amstell’s script and direction has a slightly awkward sense of pacing. The relatively short runtime is packed with relentless comic set-ups, most of which are absolutely brilliant, constructed from painstaking reality. But the sub-plots don’t always gel into on cohesive piece, feeling more like detours than one journey. Benjamin’s endearing friendship with pal Stephen (Joel Fry) has some serious undertones towards the film’s climax, but it doesn’t necessarily feel earned. One particularly funny offshoot is the lead’s creative clashes with Harry (Jack Rowan) a self-obsessed, pretentious actor, who “paints his feelings” and envisions stories (although he thinks beyond having a story) with colours and dreams of swans.

Amstell is well-established as a natural comic, and his keen ear for the hilarity of the ordinary and the quirky is evident, despite structural issues. He also lets his passion for music shine through (as a past host of Never Mind The Buzzcocks), writing the heart-aching lyrics that Broussard performs with engaging gravitas. His DP, David Pimm, evokes staggering beauty out of some of London’s hotspots, for example scenes shot in the Curzon Soho cinema are lit to perfection. The framing throughout is lovely and creates a firm, indie look for the movie that never shifts. There’s also an all-time favourite cameo in the form of Mark Kermode, reaffirming the film’s mockery of the pretentious nature of art with a real chuckle. 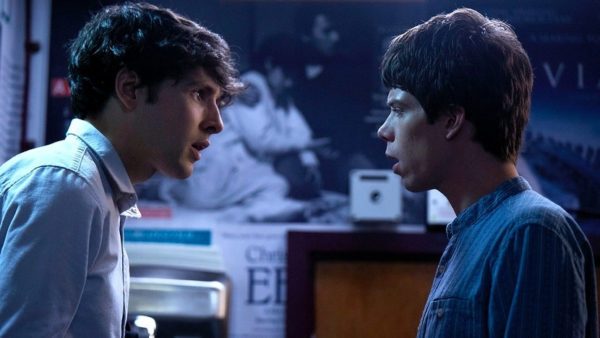 Amstell’s debut is a glance into what rom-coms centred around gay couples can be; touching and side-splitting, without the need for a label.