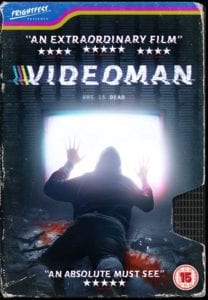 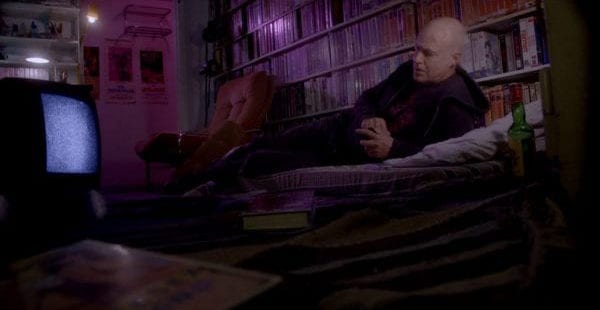 Regaling in the delights of basement VHS rental shops and 1980s synth-heavy music, the movie beautifully captures memories of the past and contrasts them with grim realities of the present.  The film pays dutiful attention to the sights and sounds of the video-era; from the tracking lines on the screen to how best to treat the hallowed tapes so the quality doesn’t diminish. It is all of these details that mark the film out as a real gem, and of Söderström as a filmmaker to watch.

Ennio (Stefan Sauk), is a VHS collector and dealer with a drinking problem. The owner of what used to be Sweden’s best loved video outlet, he’s since fallen on hard times. When he finds a video of an ultra rare 80’s horror and is contacted by an anonymous collector who’ll offer serious cash for it, he thinks his troubles are over. However, the tape is soon stolen, and the nightmare of trying to find it is just beginning. 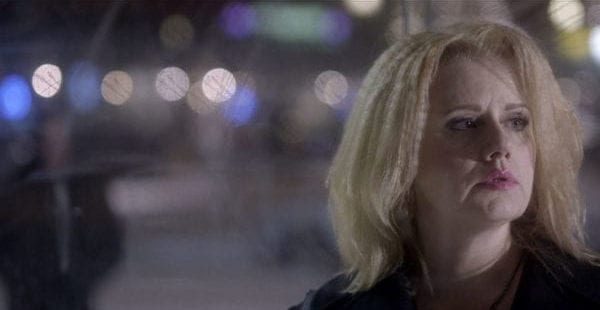 Along the way of his desperate search for the tape he meets Simone (Lena Nilsson), an alcoholic with a love of 80’s pop music. She has her own problems at work trying to function alongside corporate types, and also at home with a difficult relationship with her daughter. As the two spend more time together, their affection and mutual love of the 1980s acts as a grounding for Ennio, who is in danger of losing all grip on reality as he looks for the tape before the proposed handover to the buyer.

Videoman is certainly an unusual balance of 80’s horror tribute and downbeat social realism. But it works. Heck, it really works! The look and feel of the film is brilliantly realised, with all of the framing and filters beautifully on point. 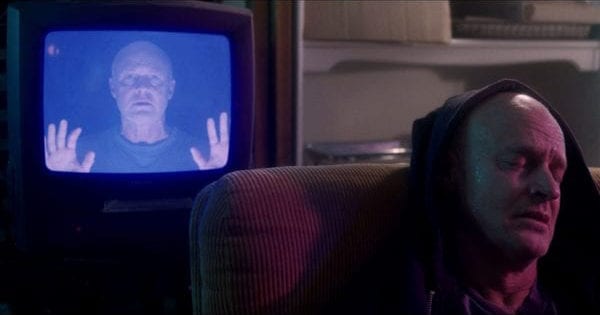 The soundtrack – by Waveshaper and Robert Parker, and also including tracks from Johan Agebjorn and others, taps into a synthwave style that expertly paraphrases remembered sounds of the era, and re-presents them in a different time-line. The film is the perfect visual compliment to this, with familiar horror tropes and the ritualistic paraphernalia of video shop hunts all bringing this story into explosive focus.

But more than anything else, Videoman is a beautiful story of fragility and support. Of finding someone who can help, when you didn’t think anyone could, and having a new chance at living. The fact that Söderström has brought all this out in his debut feature is testament to how successful a pure filmic vision can be.