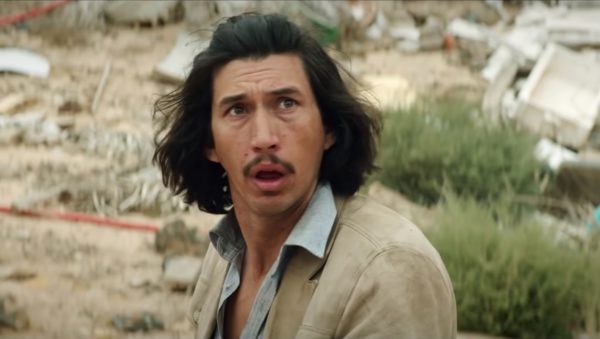 Screen Media Films has released a new trailer for director Terry Gilliam’s passion project The Man Who Killed Don Quixote, which reveals the adventure comedy drama is set to arrive is US theatres for one night only on April 10th – thirty years after Gilliam first started working on his loose adaptation of Miguel de Cervantes’ classic novel Don Quixote.

Toby (Adam Driver), a cynical advertising director, finds himself trapped in the outrageous delusions of an old Spanish shoe-maker (Jonathan Pryce) who believes himself to be Don Quixote.  In the course of their comic and increasingly surreal adventures, Toby is forced to confront the tragic repercussions of a film he made in his idealistic youth – a film that changed the hopes and dreams of a small Spanish village forever. Can Toby make amends and regain his humanity? Can Don Quixote survive his madness and imminent death? Or will love conquer all? 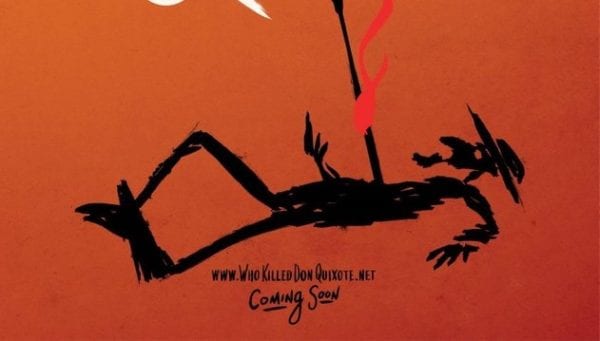 The Man Who Killed Don Quixote features a cast that includes Jonathan Pryce (Game of Thrones) as Quixote and Adam Driver (Star Wars: The Force Awakens) as Toby, while the rest of the cast includes Olga Kurylenko (Quantum of Solace), Stellan Skarsgård (Avengers: Age of Ultron), Joana Ribeiro (A Uma Hora Incerta), Eva Basteiro-Bertoli (Black Bread) and Rossy de Palma (Women on the Verge of a Nervous Breakdown).