Activision and Treyarch have announced that as of tomorrow (19th February) a new season of content for Call of Duty: Black Ops 4 will begin on Playstation 4.  Called Operation Grand Heist, this season will feature new additional content including a new Specialist, new outfits and weapons.  A new trailer for the season can be found below… 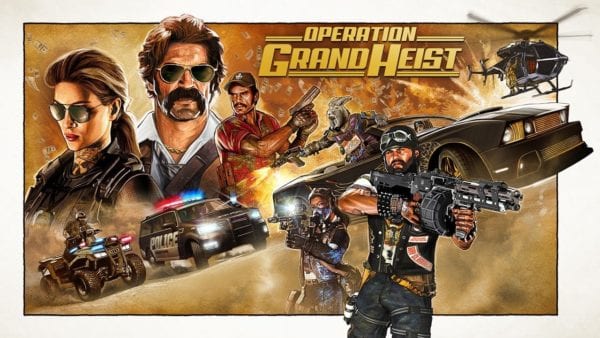 On each day of Operation Grand Heist’s launch week Treyarch will be bringing something new to the game with Tuesday’s new content including new character Outrider arriving for multiplayer and Blackout.  Outrider will bring with her new special issue equipment, including the Hawk pilotable drone which can be parked at strategic overwatch positions and tag enemies and the Sparrow special issue weapon with explosive tipped arrows.  Outrider will be unlocked once players have completed Tier 1 of the new Operation in the Black Market.

Also arriving tomorrow is the return of the classic game mode One in the Chamber.  This classic is the first of several Multiplayer game modes debuting during Operation Grand Heist.  Players will also get to see alternate lighting and weather versions of some of the more popular maps later in the season. 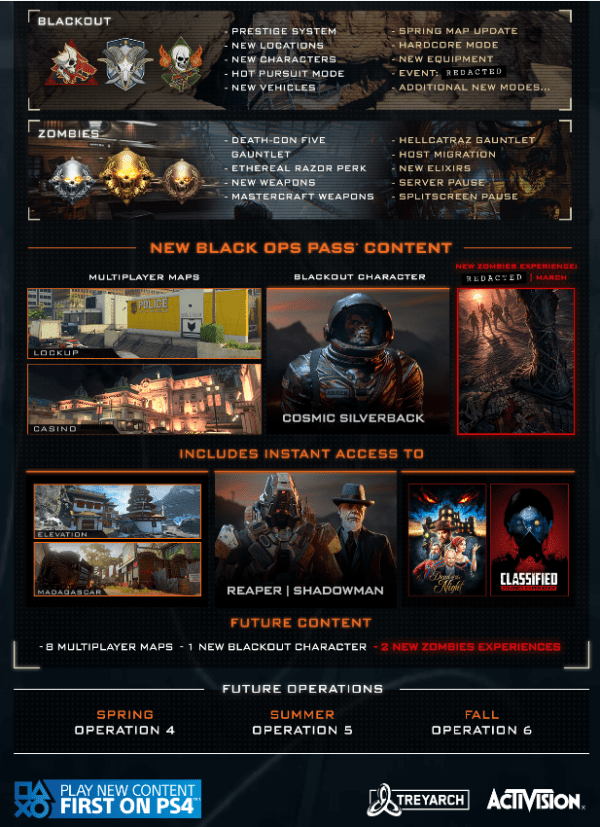 The new content coming during Operation Grand Heist’s launch week will include: